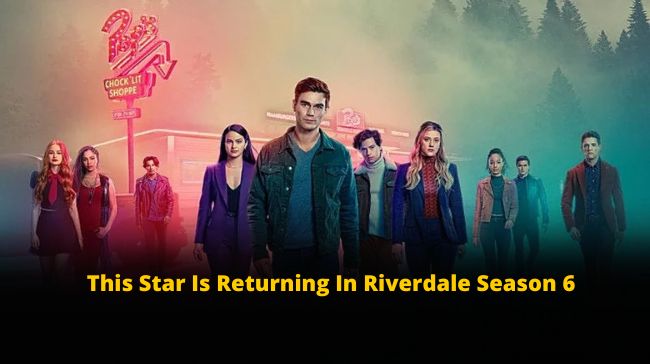 Famous actress Kiernan Shipka, who played the character of Sabrina Spellman in Netflix’s “Chilling Adventures of Sabrina” series, makes a comeback to the screens where she will be the guest star in an episode of the CW’s “Riverdale season 6″.

The CW has released an official synopsis for Riverdale Season 6, Episode 19, which will air on Sunday, July 10.

In “Chapter One Hundred and Fourteen: The Witches of Riverdale,” the town of Riverdale’s resident witch Cheryl Blossom (Madelaine Petsch), reaches out to Sabrina Spellman for help during their ongoing war with Percival Pickens.

The actress Shipka first portrayed Sabrina Spellman on Netflix’s “Chilling Adventures of Sabrina”  & on the famous Archie Comics series of the same name.

Based on the original Sabrina, the Teenage Witch comics series, a dark re-imagining of its former self, Chilling Adventures of Sabrina, ran from October 2018 to December 2020 as a four-episode mini-series split into two seasons.

What will be the role of Sabrina according to Netflix’s Riverdale season 6 synopsis?

Following Chilling Adventures’ conclusion, Shipka is ready to reprise her role as Sabrina in Riverdale Season 6, Episode 4, “Chapter Ninety-Nine: Witching Hour(s),” which aired in December 2021 as the penultimate episode in the five-part “Rivervale” event.

The episode reveals that Cheryl Blossom reached out across Sweetwater River for Sabrina’s help when a familiar killer reemerged to threaten everyone.

The supernatural-tinged event series Riverdale concluded its fifth chapter in December, confirming that Shipka’s Sabrina will return to Riverdale in Season 6.

The series went on hiatus before returning a year later for the sixth episode of the series. In the meantime, fans can look forward to the return of Shipka’s Sabrina in the next season of Riverdale.

The television series Riverdale began with a particularly noteworthy trailer. Some were quick to jump into this strange take on what had been a wholesome comic strip.

The show revolves around the main characters Archie, Veronica, Betty, and Jughead, who are high school comrades featured in many of the Archie comics. The CW announced Riverdale would return for season 7 and revealed that it would be the last season of the popular teen drama.

Riverdale is a show that constantly surprises fans with each new season. Each season, there are new adventures, new characters, and new revelations.

Season six will be no different. When the show returns to Netflix, fans will see many changes in character dynamics.

The writers will have some fun by putting characters in strange positions. One of the most significant changes that fans will undoubtedly notice is the return of Sabrina Spellman, as confirmed by Netflix with the release of Riverdale season 6 Synopsis.

It was a surprise to many when she left the show, but it appears she will be returning in season 6. This news makes the fans more excited about its new episodes. We will keep you updated on all the Riverdale season 6 news throughout the season.