The following season of Rick and Morty gets underway later this year, but fans can tide themselves over in the meantime with Vindicators 2.

The series’ superhero Rick and Morty spinoff (based on ‘Vindicators 3: The Return of Worldender’) does not have a long episode but is instead made up of shorts of two to three minutes.

However, the creators made a shocking revelation about the Rick and Morty spinoff…

About Rick and Morty spinoff from the showrunner

During the San Diego Comic-Con, showrunner Sarah Carbiener explained the reason for the format change of Rick and Morty spinoff.

“That was what Adult Swim asked for, so that was the logic behind that. But I think that was one of the major reasons that me and my writing partner Erica Rosbe wanted to do it,” she explained. “In those shorts that are two to three minutes, you just get to be f**king weird.” 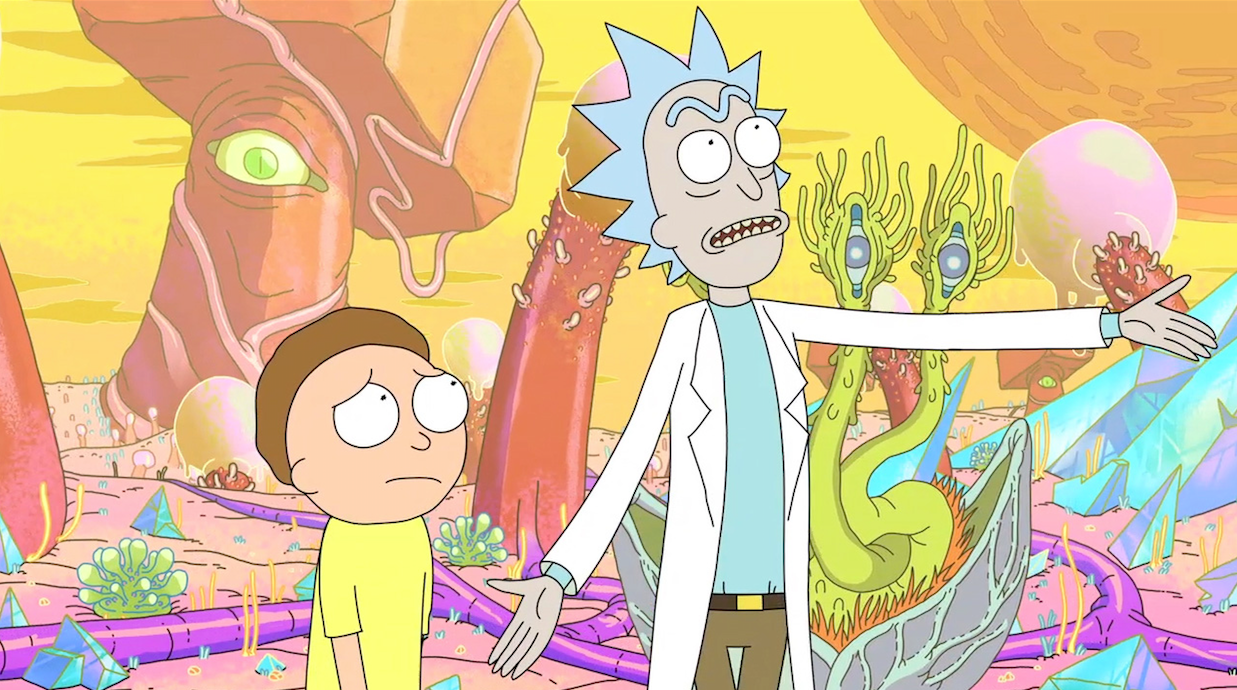 “We got the chance to play with the characters in a way you don’t [in a longer episode].”

“In a half hour television [episode] you have to service a ton of plot, and you’re in this machine that’s go go go go going – whereas in two to three minutes, ironically because it’s so tiny and small, you get to slow down and do something cool and strange.”

The downfall of shorter format- Explained

Carbiener mentioned that one disadvantage of the shorter format is that sometimes they fell in love with characters or ideas and wanted to write longer episodes. Despite this, she admits that a shorter episode length is more creative.

“That was definitely part of the appeal, was getting to work on something so short and so tight… You have to think, ‘What are the bite-sized chunks of these people’s lives that are going to be funny and really interesting to watch?’ We don’t want it to feel like an episode of TV cut up into 10 pieces.”

During the interview, Carbiener talked about the reasons for making Rick and Morty spinoff about these characters in particular, as well as whether viewers will have to watch the original show to understand Vindicators 2.

“I think that most of the characters that are in the Rick and Morty world, all the side characters could have their own spin offs… because everything is so rich in that world, and so much is hinted at, you can only touch on. So I think there’s room for so many of those characters,” she elucidated.

“With the Vindicators, we implied an entire previous life – other movies, they’re part of a franchise. Because it’s already an ensemble of them, and there’s this story, [this] past we get to backfill. And everybody loves Million Ants.”

She further added: “Rick and Morty knowledge definitely helps but I think you could pretty much dive in [without seeing it]… probably because superheroes are so ubiquitous, there’s a shorthand.

“So, probably for that reason, you could derive some enjoyment just jumping in.”

You can watch it now

Rick and Morty airs in the US on Adult Swim, and in the UK on E4 and All 4. You can watch Vindicators 2 on Adult Swim’s YouTube channel now.