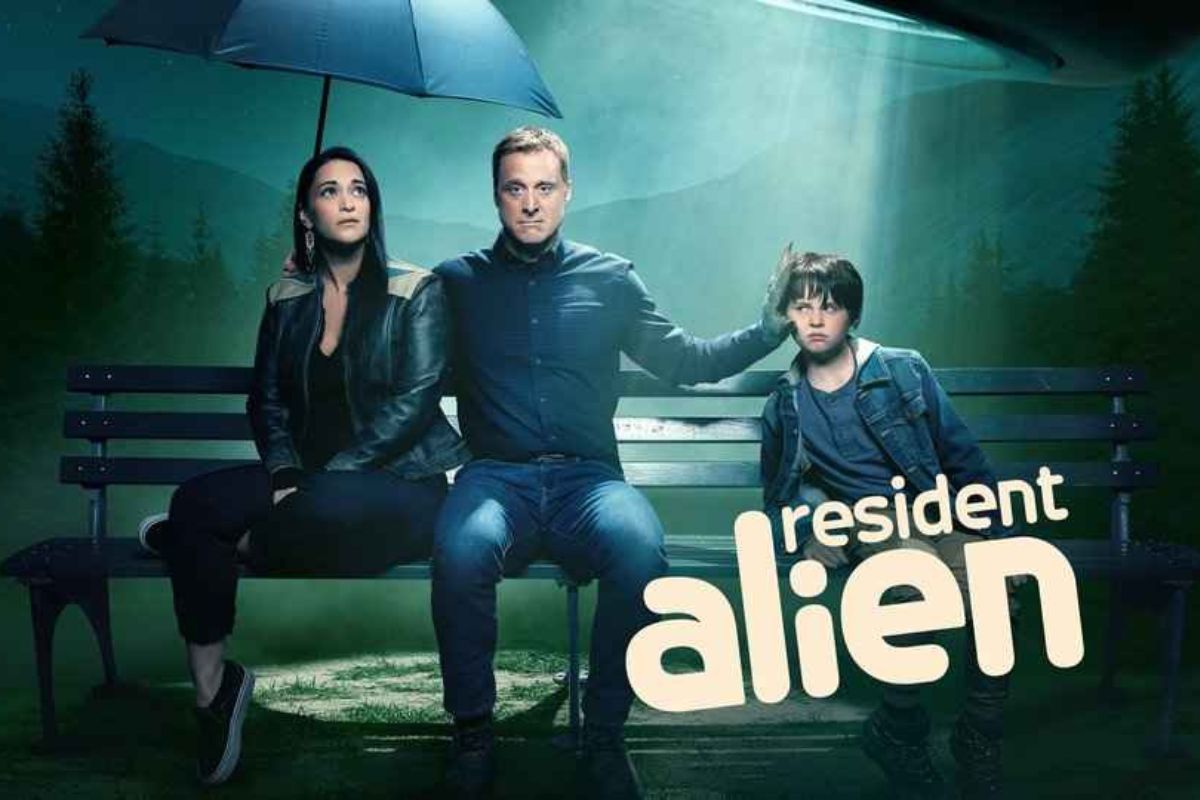 Let us board the ship of your favourite show, Resident Alien, as we eagerly wait for the Resident Alien Season 3 release date. So, here is all we know about the upcoming season.

Will There Be Resident Alien Season 3?

Yes, fans, you heard it right!!! Alan Tudyk, the show star, shared a filming update on the third season on September 26, 2022.

And this came just a few days ahead of the second season finale. Thus it is confirmed that the production of Season 3 will kick start in January 2023. However, the scripts are yet to be finalised for the same.

So fans, be ready as we will soon have more updates on the Resident Alien Season 3 release date.

The Season 3 of Resident Alien was renewed for a 12-episode series. And this was done in July 2022. So we know the story would progress in 12 episodes in the coming season 3.

All About Resident Alien

The American science fiction mystery, a television series created by Chris Sheridan with the title Resident Alien, is based on the comic book with the same title. The first season of this franchise premiered on January 23, 2021, with a 10-episode chapter.

And now fans are in wait for the Resident Alien Season 3 release date of a 12-episode summary,

Where is Resident Alien Filmed?

Sadly fans, no premiere date has been announced for Resident Alien Season 3. But we expect it to premiere near mid to late 2023. Do check with us later for updates on this!!

Resident Alien Season 1 is all about Harry’s arrival on Earth. And his mission is to destroy all of mankind and Earth. But his ship crashes on Earth as it is hit by lightning.

The scattered parts of his ship land in the nearby area where he landed. He is now searching for the missing pieces of his ship. To remain under the radar while he completes this task, he kills Dr. Harry Vanderspiegle and takes over his identity. He is living a very low-profile life, learning to be a human as he talks and walks the same way.

All this seems to be going well until the local sheriff. Corey Reynolds asks for help in the town doctor’s murder investigation and autopsy. Somehow after much apprehension, he agrees to help. In this process, he is forced to deal with other humans and thus learns more about their behaviour.

During this case, he comes across a young boy named Max, the only one who can see him past his human cloak. This ignites a negative vibe between them instantly, but later it soothes a bond of friendship. Harry finally finds the missing pieces of his ship and decides not to destroy the Earth. While on his way back home, he discovers a stowaway on board.

The second season premiered on January 26, 2022, split into two parts. The first part concluded on March 16, while the second was initiated on August 10, 2022. Harry has finally decided not to destroy Earth. He returns to take care of some unfinished and incomplete tasks, including returning the Mayor’s son – Max.

But Harry worries that he is becoming too human. In the middle of this, a new threat emerges when the octopus informs Harry that the other set is coming to complete the job he chose not to do – destroy Earth. Also, an old threat looms large in the form of the alien-hunting General McCallister.

Resident Alien Season 3 Leaks: Will We See More Of Other Alien Species in Season 3?

Yes, Sheridan promises that we shall see more aliens on Resident Alien Season 3 – but the surprise remains when who or how!!!

Where to Watch Resident Alien Season 3?

So fans, as we all wait for the announcement of the Resident Alien season 3 release date, let us share where you can watch it.

You can watch the first two seasons of Resident Alien on the streaming sites SYFY app and Peacock.

Yes, we are excited for Resident Alien Season 3. Are you?? Do share your opinions with us!!!