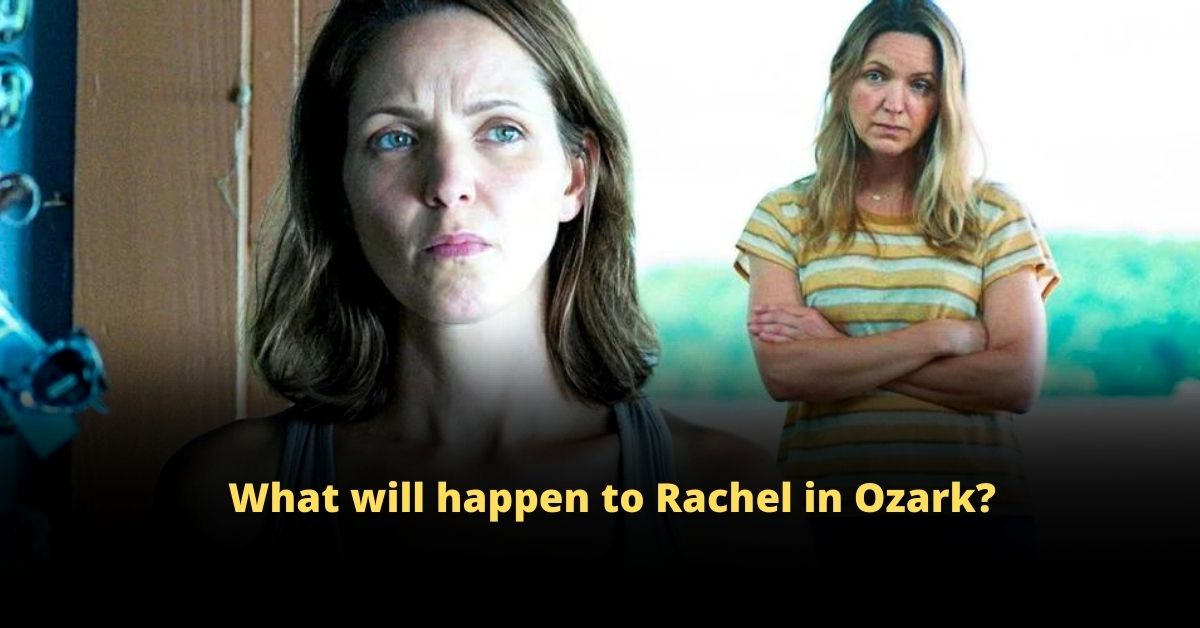 The last chapter of Ozark has left a bunch of questions. One of those questions is – What will happen to Rachel? Will she end up sharing the deathbed with Ruth? Here is the Ozark season 4 ending explained.

The second half of Ozark‘s last season faces some significant challenges. It must not only concludes the tale of our primary characters—the Byrde family and Ruth Langmore—but also ensure that the overall arc of the programme is concluded. This entails bringing things back from the start and bringing people back from the start in certain circumstances.

Rachel Garrison, a personality who seemed to vanish following her introduction in the first season, reappeared in Ozark’s fourth season.

On April 29, the Netflix drama series starring Jason Bateman as Marty Byrde, a financial adviser who decides to move his wife to the Ozarks when a money-laundering scheme goes bad, concluded with the final episodes.

With Rachel Garrison’s unexpected rebirth, the fans are confused about what will happen to Rachel? So, here is all we know.

Rachel Garrison, who is she?

Garrison’s character originally appeared in season one of the programs, played by 45-year-old actress Jordana Spiro. He is well renowned for her appearances in the My Boys and The Mob Doctor series.

Later, when she discovered the true purpose behind Byrde’s purchase, she got enraged, causing a rift in their relationship.

Before going, she stole a large sum of money from him.

Rachel had ignored her skepticism at first and was now paying the consequences.

Marty refused to go despite her demands. He’d risk the cartel’s wrath if he walked away, signing death warrants for himself and his family. The Byrde patriarch’s only option was to keep going with the present enterprise.

After season one, what happened to Rachel?

When Rachel couldn’t produce after being coerced into becoming a narcotics informant for FBI agent Roy Petty, things went worse.

However, she was forced to turn to another source who supplied her fentanyl-laced narcotics. She overdosed but survived and was transported to a Miami treatment center.

Why did Rachel come back?

In the fourth episode of season four’s part two, Ruth Langmore (Julia Garner) hunted down Garrison in Miami. To take down the Byrdes’ casino, the two banded together.

Langmore discovered she had inherited stakes of the casino from Darlene Snell (Lisa Emery), putting her and Garrison in control of the company.

They wanted to ensure the casino wasn’t being utilized for money laundering anymore. The cartel recruited Nelson, a hitman, after learning about this.

When Langmore learned about Nelson, she informed Garrison, who shot and killed him. While the events shook Garrison, Langmore made her see it was necessary.

The Byrdes, the FBI, and the drug cartel met to create an agreement over the casino. The FBI approved its use for money laundering.

Garrison was last seen serving at the casino for the Byrdes’ Foundation grand launch. Before departing for the last time, she said her goodbyes to Langmore.

Ozark Season 4 Ending Explained: What will happen to Rachel?

What will happen to Rachel in Ozark? This is one of the trending questions among the fans. So, here is the answer.

Rachel is yet another lucky series survivor. She closes the programme as co-owner of the Missouri Belle with Ruth, but she’s likely now in the command given Ruth’s death.

As part of the arrangement with the FBI and Camila, she’ll have to continue committing fraud for the Navarro cartel. She’ll never get in trouble for what she’s doing since she has the Bureau’s official approval.

So, if you were here wondering what will happen to Rachel in Ozark, we hope you have got your answer. Make sure to follow us for more interesting updates and leaks.

2 thoughts on “Ozark Season 4 Ending Explained: What Will Happen To Rachel? ”