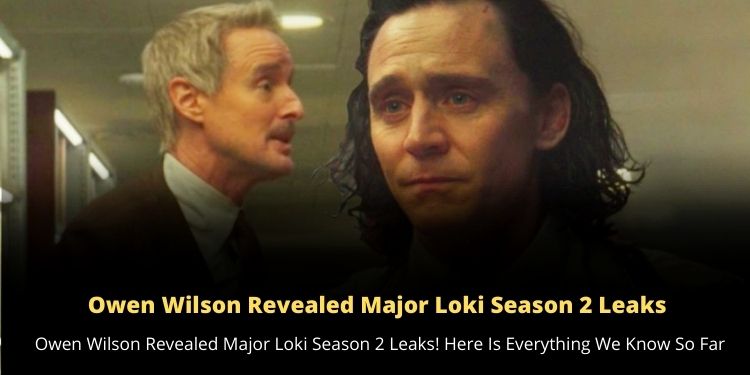 Actor Owen Wilson has revealed some breath-taking Loki Season 2 leaks. So, here is all you need to know.

After experiencing the roller coaster ride of Loki Season 1, the fans have been craving for the second chapter. While they have been storming social media and Marvel forums with theories and rumors, the Loki stars have finally opened up about Season 2.

So, Sassyshows is here with some amazing Loki Season 2 leaks, that will blow your mind. Therefore, without any further ado let’s jump into it.

Previously, Gugu Mbatha-Raw had revealed that Loki Season 2‘s plot is under development and this time we will get to see a darker and deeper storyline. The statements coming from the actress fuelled the hype among the fans and they were even more excited to get Loki Season 2 leaks.

So, when will the filming work of Loki Season 2 kick start? Here is everything we know.

Owen Wilson, the actor who plays the popular Loki Season 1 character, Mobius has revealed that Marvel is gearing up to start the shooting of Loki Season 2 soon.

Loki Season 1’s cliffhanger left the audience confused about what’s coming up next. Will there be a major war? While there were no official announcements on Loki Season 2, as per the reports, Marvel will kick start the shooting of the second chapter this summer in the UK.

Recently, answering some of the most-asked questions on the Internet, Owen Wilson aka Mobius passed some mind-boggling Loki Season 2 leaks.

Answering the countless calls of the audience, “Is Owen Wilson coming back to Loki? Wilson revealed, “Um… yes. He is coming back to Loki, and I think we are going to begin filming that pretty soon. I had a great time working on Loki. I really enjoyed Tom Hiddleston and all the people on that show.”

Coming to Loki Season 2 release date, it’s a bit tricky to answer that as there are multiple Marvel projects lined up in the upcoming years. Moreover, besides What If…? Loki is the only Marvel series that had got a green flag for a sequel. Apart from that, it seems Loki’s character will interact with tons of MCU characters as Mobius, Sylvie, and Loki are rumored to be in Doctor Strange In The Multiverse Of Madness.