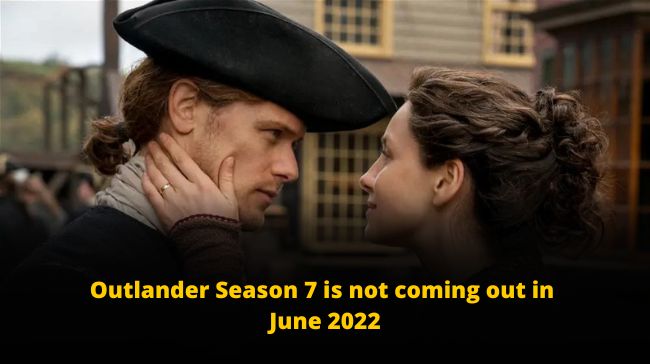 Outlander is a historical drama series based on Diana Gabaldon’s ongoing novel series of the same name. With season 6 getting so much love, the hype for Outlander Season 7 has reached new heights. So, here is all we know about the new season.

Claire Randall, a married former Second World War military nurse in Scotland, is transported back in time to 1743 in this film.

She meets Jamie Fraser, a Highland warrior, falls in love with him, and eventually gets married.

The first season of the series, based on the first novel in the series, Outlander, began on August 09th, 2014.

The most recent season of the show, which premiered on March 06th, 2022, was based on the book ‘A Breath of Snow and Ashes. Outlander Season 7 is eagerly anticipated by fans.

Here’s all you need to know about Outlander Season 7.

Season 7 was picked up by Starz from executive producer Ronald D. Moore and Sony Pictures Television in March 2021, even before Season 6 began broadcasting.

It will be based on An Echo in the Bone, the seventh book in the Outlander series. Aside from that, there’s little known about season 7 of Outlander and its cast.

There is no announced release date for Outlander Season 7 as of now. The following season’s production began in late March 2022.

Caitriona Balfe told Glamour in late April that production on the upcoming season has “been really lovely.” “We’re almost done with the first block of episodes,” Balfe remarked, “but it’s been a lot of fun.”

Season 6 concluded on a cliffhanger, which will be addressed in the 7th season.

Claire is currently incarcerated in Wilmington, and it is possible that she may be tried for the murder of Tom Christie’s daughter, Malva, and condemned to death if convicted.

Jamie has been liberated from Richard Brown’s Committee of Safety, and he is currently on his way to save her alongside Young Ian and John Quincy Myers.

The 7th season will also reveal the identity of Malva’s killer and the significance of time traveler Wendigo Donner’s reappearance. As we saw in the Season 6 finale, there will be more risks for the Fraser family.

Claire’s arrival in Wilmington causes tension, and as Claire’s trial approaches, there will be a revolution.

The main characters are almost likely to return for the second season and be a part of the Outlander Season 7 cast, including:

How many episodes will be there in Outlander Season 7?

Season 7 of Outlander will be substantially bigger than previous seasons, with Starz Public Relations telling Glamour that the following season will have a whopping 16 episodes.

Although we’ll have to wait for an official announcement from the producers to find out who will be the season 7 of Outlander cast appearing in the new season, we are very much eager to see them all in the series.

84 thoughts on “Outlander Season 7 will not air on Starz in June 2022!! Know the new release date”