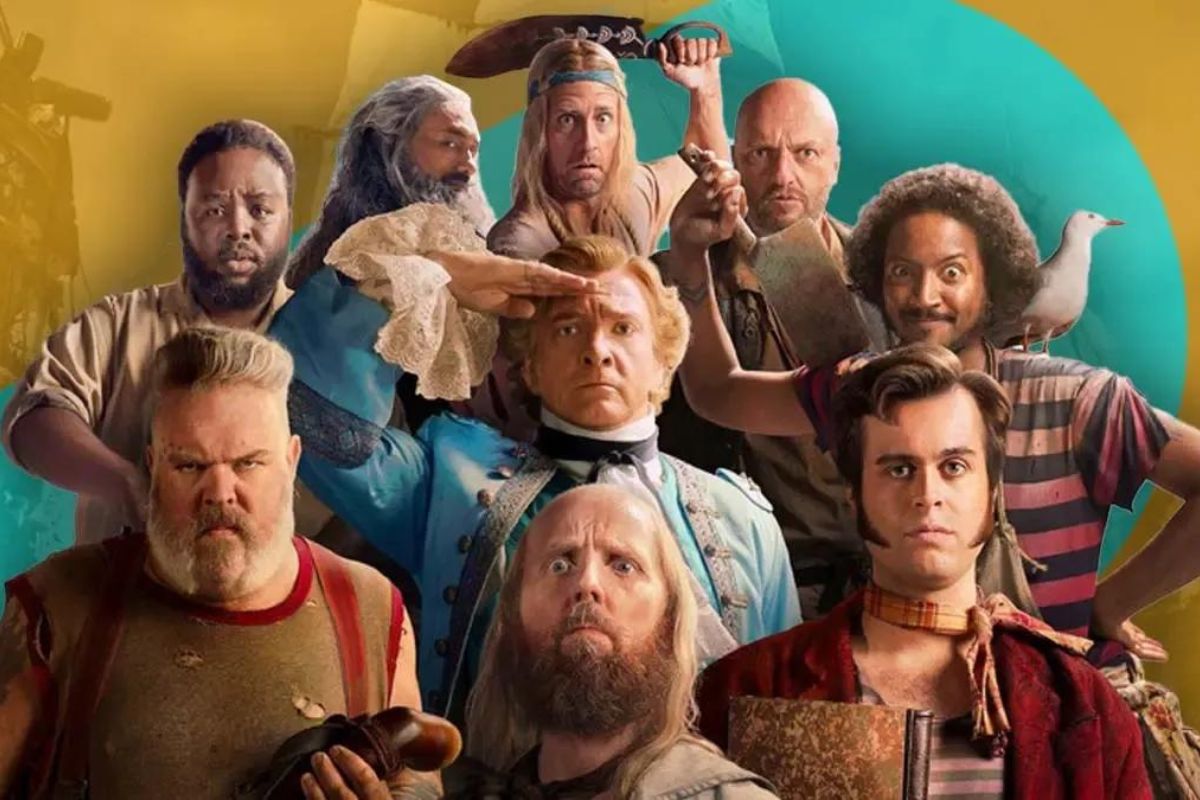 After eagerly anticipating news and updates, fans of HBO Max’s Our Flag Means Death may unwind and rejoice.

The show will lift its sails and sail off into the distance in its second season. According to series star Samba Schutte’s Instagram post, the highly anticipated second season of the historical pirate comedy has finished filming for its upcoming run.

Our Flag Means Death Season 2 updates will feature a return for Stede Bonnet and Blackbeard. To the fans’ relief, HBO Max made the long-awaited renewal announcement.

In September 2022, Our Flag Means Death Season 2 filming in New Zealand got underway.

Star Samba Schutte posted a picture of his cast member chair on Twitter with the comment “Day 1 ahoy!” to commemorate the start of filming. The name of the character Roach, the cook and doctor on the Revenge, and not Schutte’s name, is engraved on the chair.

Fans could only infer this from Schutte’s tweet; Jenkins was no longer forthcoming with Our Flag Means Death season 2 updates in his subsequent post. Taika Waititi, Schutte’s co-star, is more open to discussing the future of Our Flag Means Death’s second season, albeit his remarks are always made in jest.

Blackbeard actor Waititi previously claimed that Chris Hemsworth from Thor: Love and Thunder would make an appearance in the series as “Blackbeard’s relative Blondebeard.” Waititi’s joke was heard by Hemsworth, who joined in by acting as though he were unhappy that Our Flag Means Death had not asked him sooner.

The historical comedy series Our Flag Means Death is inspired mainly by the life of the gentleman pirate Stede Bonnet and is set during the period known as the Golden Age of Piracy (Rhys Darby).

Bonnet and his unlikely crew aboard his ship, The Revenge, embark on several exciting adventures after leaving behind his carefree and comfortable life in Barbados to prove himself as a pirate.

Along the way, they encounter several well-known historical figures, including Taika Waititi’s portrayal of Blackbeard. Roach, the Revenge’s chef, is played by Schutte.

Waititi, a series regular, and Jenkins, the show’s creator, are serving as the project’s executive producers, along with Garrett Basch and Dan Halsted. Guz Khan, who previously played Ivan, a member of Blackbeard’s crew, will not be returning in the forthcoming season, which represents a change in the cast from the first season.