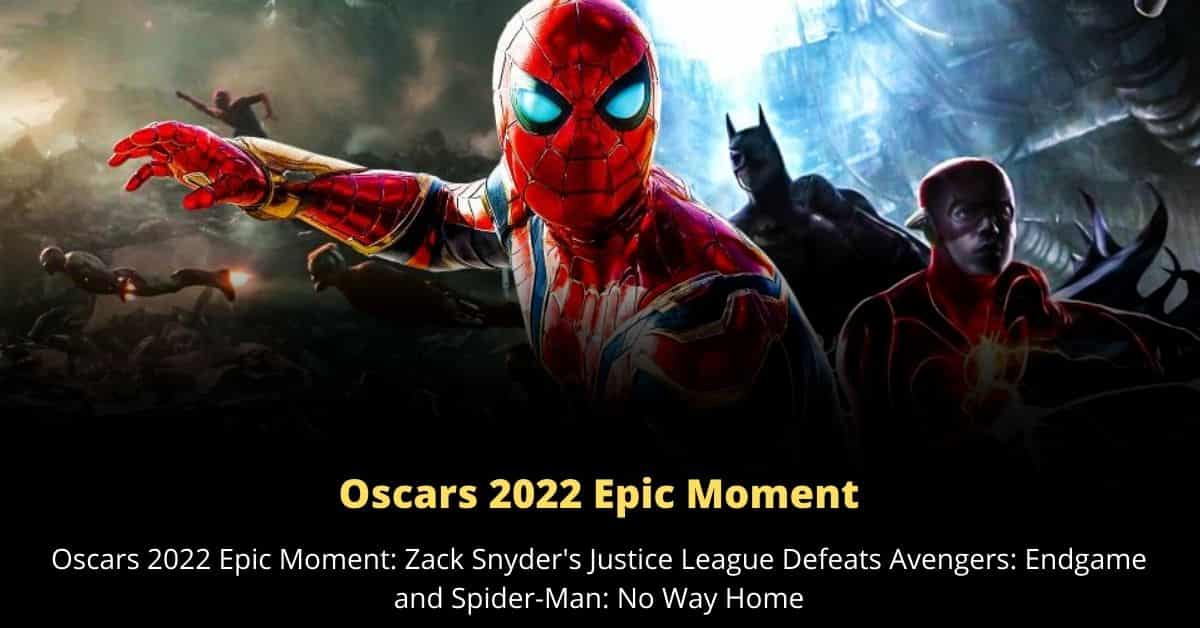 Oscars 2022 has brought the fans a storm of surprises. So, here are the exclusive moments of Oscars 2022.

The 94th Academy Awards were held in Hollywood on Sunday, and this year’s presentation was a little different from previous years. It was revealed earlier this year that the Oscars would commemorate a “Fan-Favorite” film as well as a fan-favorite, most thrilling sequence — the Oscars Cheer Moment — in collaboration with Twitter, with fans voting via a special hashtag on the social media network. And during the live presentation on ABC on Sunday, the winner of the Oscars Cheer Moment was announced, with Zack Snyder’s Justice League defeating Spider-Man: No Way Home.

The Flash joins the Speed Force from Zack Snyder’s Justice League took first place in the fan poll. That scene beat out the three Spider-Men team up from Spider-Man: No Way Home in second place, and the Avengers assemble scene from Avengers: Endgame in third place.

The Twitter vote on these famous moments was part of a larger attempt to celebrate popular films in ways that the Academy Awards don’t usually do. In recent years, there has been a growing divide between the films that gross the most money at the box office and are frequently highly lauded, and the films that the Academy recognizes for their aesthetic accomplishments.

While these fan-favorite votes do not convert to official Oscar nominations, it is an opportunity for films that fans adore to receive some extra Oscar love — and fans had much to say about the Oscars 2022 Cheer Moment on social media after the winner was announced during the program.

In a statement to the source, Meryl Johnson, VP of Digital Marketing at the Academy of Motion Picture Arts and Sciences, said, “We’re happy to collaborate with Twitter to help generate an engaged and enthused digital audience leading up to this year’s event.” “Through these activations, social media users all around the world will be able to interact with the show in real-time, discover a community, and be a part of the experience in ways they’ve never been able to before.”