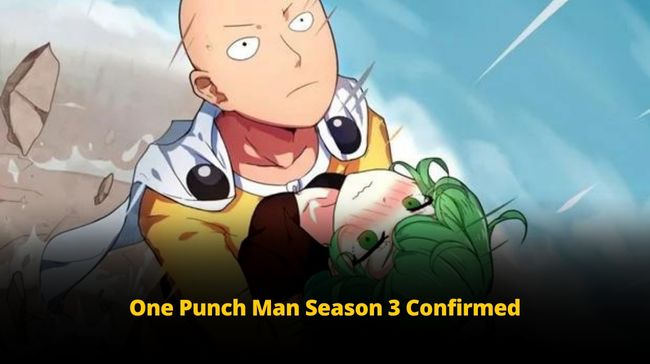 How have you been? How much do we love bringing trending news to you and know how much you love reading it, too? Right? So without wasting further time, we have trending news for anime lovers today. Any guesses? But first, see what One Punch Man is all about.

One Punch Man is all about

This is a Japanese Superhero manga series created by One. It tells the story of none other than Saitama, a superhero who has such extraordinary powers. His powers include his super punch, with which he can defeat anyone with just one punch. This manga version was released in early 2009!

Is One Punch Man still going?

The second season of One Punch Man premiered on Toonami on October 12th, 2019. Yes, and now there’s this wonderful news that One Punch Man Season 3 production has started! Ah, we are just so happy!

How did this news come out about One Punch Man Season 3?

A lovely teaser drawn by the super artist Osamu Kubota was responsible for the character design of the first and second seasons and the third one, too!

It’s expected to be released in 2023–Still, nothing is finalized. But the production has started. Ah, we are just so excited!

Did you know it has been more than three years since One Punch Man Season 2 was released?

Yes, this news made such hype and brought a storm on the internet. But the sources also reveal that One Punch Season 3 would be animated by a different studio!

The entire anime fans are super excited with this news, are you?

The previous two seasons were indeed marvelous. Fans have loved watching them. The upcoming One Punch Man Season 3 would be animating one of the super fantastic story arcs in the series! This season won’t be adapting 87 chapters unless it features 24 episodes!

What would One Punch Man Season 3 be about?

The main focus would be Garou. We can’t wait to watch the heroes plan to invade their hideouts, too. Some previous heroes might be showing their mighty powers, though.

And yes, hold on to your seatbelts because there are chances that Zombieman would be introduced this season, too. And we are already steadily going to watch the debut of none other than Orochi, the head of the Monsters Association!

What say, guys, excited or super excited for One Punch Man Season 3?

We can’t wait for more updates on this upcoming season. Stay tuned, and don’t forget to follow us; we’ll be back soon!

Read More – One Punch Man Saitama Can Defeat These Dragon Ball Characters With A Single Punch!!