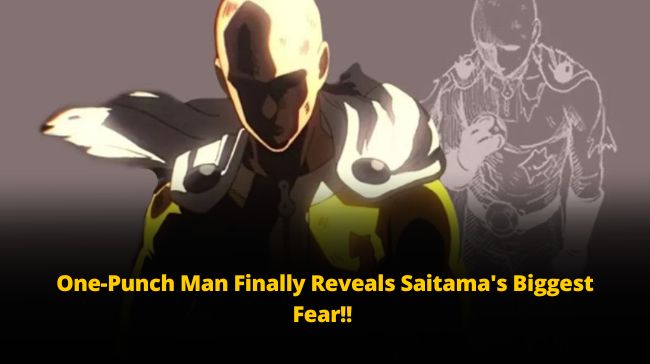 Even an overpowered protagonist like Saitama has a fear, and it has to do with his own strength and humanity, as One-Punch Man demonstrated.

As the popular comic One-Punch Man showed, even a powerful protagonist like Saitama has a fear.

Saitama’s persona has recently undergone huge changes that have made him a much more relatable and “serious” character, including his fear of losing his humanity and dependence on only one person to prevent that.

Does One-Punch Man stand out as a manga?

One-Punch Man stands out as a manga because its main protagonist, Saitama, is so powerful that he has no real problems, which results in him being continually bored and uninterested in what is happening around him. This is unusual for a protagonist and makes One-Punch Man unique.

The digital manga- an adaptation of the original One-Punch Man webcomic, written by One with art by Yusuke Murata, has taken the character beyond its initial premise, notably in the most recent chapters.

The protagonist recently showed intense emotions for the first time after seeing his best buddy Genos die, demonstrating that despite his superhuman strength, he is more human than he appeared to be.

One-Punch Man’s Chapter #168 further demonstrated that Saitama is not the soulless machine that he initially seemed to be.

When Garou bemoans having killed the defenseless boy Tareo despite wishing to save him, Saitama counters that Garou was merely clinging to him for support and not to save the child.

Because Genos’s core unit is still in his possession, the Hero Hunter understands that this is precisely what Saitama did with Genos. When Garou discovers that this is what Genos signified for Saitama, he says, “There is no way that a guy with that type of power can keep his right mind.”

One-Punch Man is still delving into his innermost thoughts. Being the strongest has a high price, as the series’ protagonist discovered when he lost touch with his feelings.

Readers now know that, in addition to his ability to experience pain, he also fears losing his sense of humanity.

For this reason, despite his apparent dissatisfaction with Genos, King, and even Bang, he remained close to them.

This also explains why the bald hero felt so much guilt over their passing: instead of guarding them, he was only clinging to them to address his own problems, and he let them down exactly when they needed him the most.

Will Saitama lose sight of his humanity?

Saitama’s admission that he genuinely worries about losing his “right mind” may have significant ramifications for the rest of the series.

There is still a chance that he will lose sight of his humanity, even though time travel has brought Genos and the others back to life, creating the potential for a One-Punch Man multiverse.

Is there any hope you see?

In short, One Punch Man does an outstanding job of making Saitama a nuanced, complex protagonist, and revealing his greatest fear plays a crucial role in that. Do you see any hope? Well, let the time uncover it!