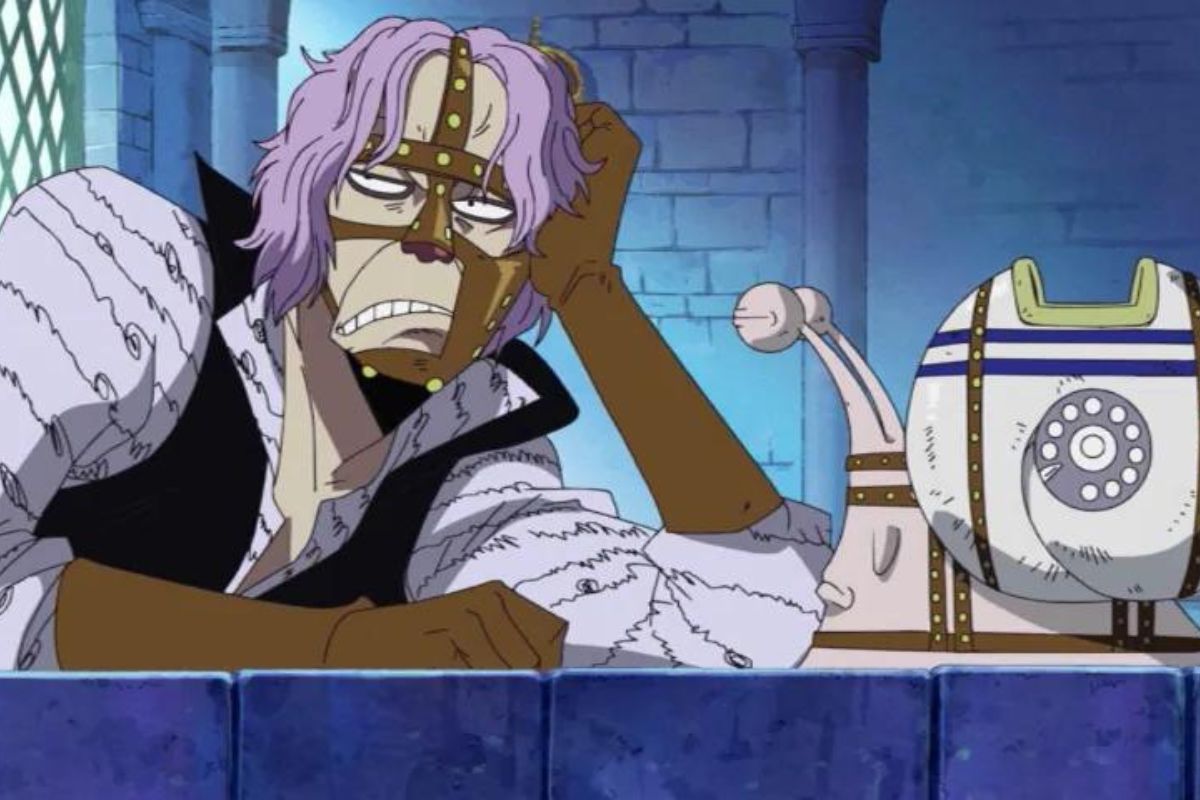 Spandam was formerly in charge of CP9 and CP5. He is the offspring of Spandine, who served as CP9’s chief before him. He is presently employed for CP 0. He intended to get the Pluton plans and prosecute Nico Robin.

Spandam made Tom’s Workers look guilty for a bombing attack on Water 7 ten years ago, which led Tom to accept responsibility and be executed. Franky deformed his face as payback.

Along with Rob Lucci, he serves as one of the two critical antagonists of the Enies Lobby Arc and the main adversary for the whole Water 7 Saga.

So, what happened to Spandam? The antagonist has only made sporadic appearances in the One Piece story since his agonizing defeat in the Water 7 saga.

What happened to Spandam? Is he still alive?

When the Straw Hats defeated the CP9 agents in the Enies Lobby arc, One Piece fans had every reason to celebrate. Rob Lucci vs Luffy is regarded as one of the series’ key moments.

Robin would not have been saved if the Straw Hat had been victorious in the immediate conflict. Spandam mistakenly led a Buster Call to demolish the island before Luffy’s pirate crew could escape the government stronghold.

Several of the Straw Hats, including Robin, beat him up. Robin made sure to break Spandam’s back with her Devil Fruit, the Hana Hana no Mi, just before they left Enies Lobby forever.

What happened to Spandam? After that, the villain was fortunate to be still alive. Not to mention how Robin broke most of his bones, and his entire face was swollen due to the incident.

He presently belongs to CP0

After the One Piece time skip, Spandam and his former colleagues Lucci and Kaku joined CP0.

Why Lucci saved Spandam is still unknown. But in an apparent reversal of their previous roles, the former was promoted to be the latter’s superior officer.

The adversaries arrived in Dressrosa after Luffy’s victory over Doflamingo. The Revolutionary Army had already left with the weapons when they tried to recover them.

In One Piece Film: Gold, Spandam did make a brief cameo appearance. Once more, running into Luffy, the CP0 agent was beaten up as punishment. Although there are currently many CP0 agents in Egghead, Spandam has yet to appear in the manga again. However, he could still occur at any time.

Why does Spandam stay away from the Devil Fruit?

He would want to consume them to be powerful enough to carry out his selfish and juvenile agenda. Giving both to someone instead of using one of them himself seems out of character for him.

He enjoyed wielding dominance over people, showing off his power, and inflicting harm on them. Was there a clarification I missed, or perhaps the manga provided some clarification?