One Piece New Villain Is Already A Major Disappointment!! Here’s...

Finally, the much-awaited revelation of the One Piece new villain is out!!! And oh!! The fans are hoping that it should not have happened!!!!

The Admirals have always been solid and robust characters… their personality and their charm has always been a notch higher!! But One Piece New Villain seems to have been falling hard on these parameters!!

The brand new Villain in One Piece, portrayed as Marine Admiral Aramaki AKA Ruokugyu AKA Green Bull, seems to be a significant disappointment to the fans. After a climatic end of the battle between Luffy and Kaido came the debut of the One Piece New Villain.

He tried to hit the Straw Hats to take the head of their Captain as they were still in the recovering zone. But but but… the One Piece New Villain fails badly to impress the fandom!!

One of the most potent marines is the Admirals, the ones with three great powers of the world because of the military potential that each one holds. One Piece New Villain, Ryokugyu, was the New generation’s last Admiral to make its debut. But the fans are disheartened to see their expectations falling down the cliff!!

The Shocking Entry of the One Piece New Villain 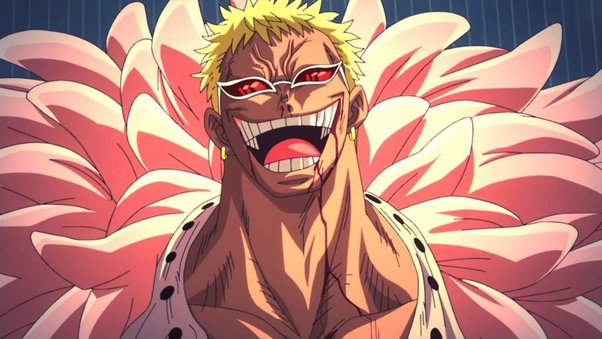 For now, the fans only saw the silhouette of the much-awaited villain. During the big battle against Sabo, the brother of Luffy, along with other commanders of the Revolutionary Army, only a glimpse of the mystery person was shared. But as soon as their view of the giant evil villain of One Piece was portrayed, the entire excitement got a big hit!!

Till now, not just the look but also the powers of One Piece Big Villain were a mystery. Now post the revelation.

Also, when the Green Bull appeared on Wano, the Straw Hatters were still coping with the most brutal battle of their lives. It was expected by the fans that to face such a big villain, the scene should have been set up in a better way.

Dealing with a strong opponent in this recovery stage could only spell disaster. Also, the Admiral’s powers were dangerous as he ate the Devil’s fruit, allowing him to create and control and transform his body into plant life.

The One Piece new villain Ryokugyu (Green Bull) AKa The Marine Admiral Amaraki’s debut is an absolute turn-off for the fans. The showdown with the already tired Straw Hats and the attempt to take the head of their Captain was not appreciated by the fans, and this was a complete disaster!!!