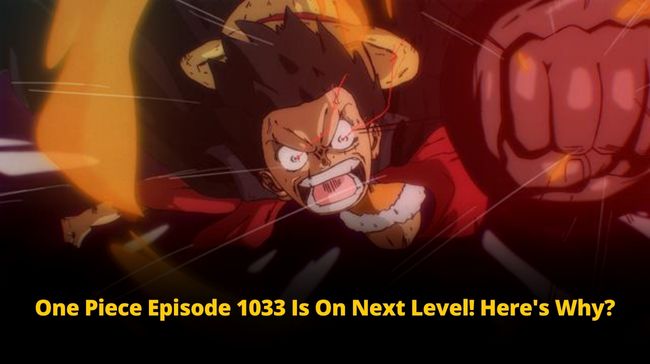 Now we are here discussing One Piece chapter 1033!

And as it was released a few hours ago, believe us when we say that One Piece Chapter 1033 is by far one of the best episodes released in the last few months.

So, here is all we know about the latest episode. One Piece fans are raving about the highly intensifying animations of the recently released One Piece Episode 1033.

The plot was full of exciting events that kept the audience glued to the screen, not allowing them to wink their eyes!!! All this excitement accompanied a few glimpses of our favourite Straw Hat Pirates currently fighting inside Onigashima.

The fans were taken on a trip last week around the castle of Kaido and witnessed the initiation of the many fights that will soon happen, and we shall be viewing them in the upcoming episodes.

This time it is all about the Straw Hat Captain, who is focused and trying his best to keep up with Kaido’s monstrous strength.

One Piece Episode 1033 – Titled “The Conclusion! Luffy, Accelerating Fist of the Supreme King” In this episode, Nami and Big Mom are fighting Uti, and the reason is as it hurt Otama previously.

Also, after touring around Kaido’s castle, the beginning of the upcoming fights is viewed by the audience here. Luffy, our Straw Hat Captain, is trying hard to keep up with Kaido’s extreme strength.

Fans Shocked After Watching One Piece Episode 1033 – But Why?

Oh yes, that is true!! Fans worldwide are in disbelief after watching One Piece Episode 1033!! But Why???

The fact that One Piece is a weekly anime, so Toei Animation is handcuffed with the limited resources to be spent on every episode.

But the company seems to have decided on playing differently with the Wano Country saga. And the company’s best animators are looking after it, ensuring that the episode’s overall animation crosses its bar of expectation!!! 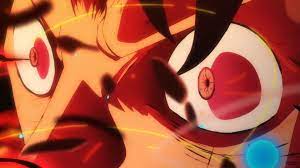 The fans have been raving about the animation they get to see in One Piece Episode 1033!!

We are, at this moment, sharing with you a few fandom reactions to let you know that this episode was not just another one!!!

Twitter is all about One Piece Episode 1033 animation these days!!

OMG TOEI ARE BACK ON CRACK!!! LUFFY VS KAIDO ROOF PIECE EPISODES KEEPS ON GETTING BETTER WITH MOVIE-QUALITY ANIMATION #ONEPIECE1033

ONE PIECE REALLY HAS A GOD LIKE ANIMATION! I’M SPEECHLESS..

We strongly recommend watching One Piece Episode 1033 and experiencing the magnanimous thrill and excitement!!

Read More – One Piece Episode 1032 Storyline & Where To Watch?