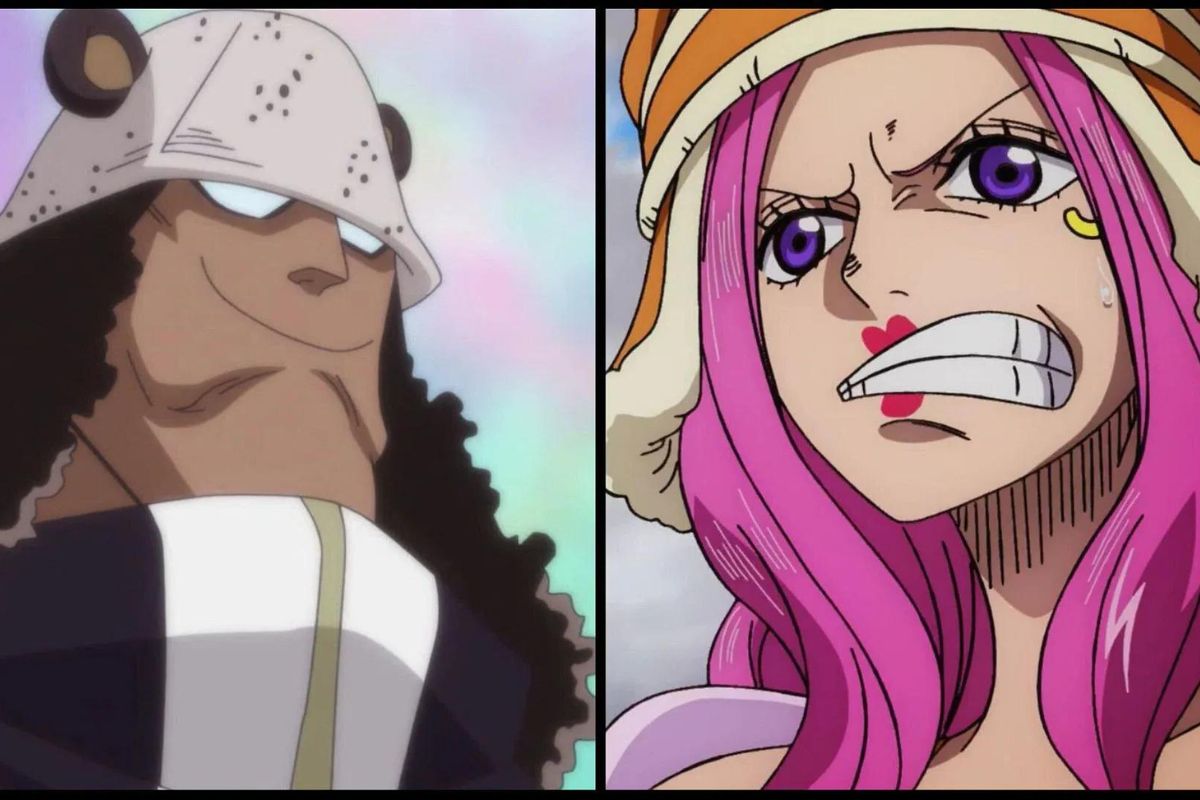 With the fans clamoring to know what happens next after One Piece chapter 1064, we have got something exciting for you. The much-anticipated One Piece chapter 1065 raw scans are out. So, what actually happens after the twisted turn of the last chapter? Here is all we know.

In One Piece Chapter 1065 raw scans, crewmate Seraphim attacks Nami and other people arriving on Egghead Island. Luffy and the others found some abandoned robots on the opposing side. Continue reading for more information.

We learned in the previous chapter that Kuzan had joined the Blackbeard pirates and had abducted Pudding with Van Augur’s assistance.

There was a fight between Law and Blackbeard throughout about half of the chapter. Blackbeard was shocked to learn that Law had awoken his Akuma no Mi, so he launched a brand-new assault against Law known as “Grash.”

The complete One Piece Chapter 1065 raw scans are now available, and the synopsis delves into the more mysterious aspects of the series. Let me jog your memory of a crucial element of the One Piece universe.

Uta and Luffy are featured in the One Piece Film: Red promotion in Weekly Shonen Jump Issue No. 49, and a color spread about the movie is on the cover page of One Piece Chapter 1065.

The chapter opens with Zoro and Brook on Thousand Sunny, where the former reveals that he has chosen to remain to save his crewmates in case something goes wrong (considering that it is a government facility).

While Caribou is seen pleading with Zoro to keep him from leaving the government island, Zoro claims that this is where their relationship ends.

The clashes amongst Straw Hat members are depicted in the chapter as one assumes the form of a Seraphim and attacks the other members. Shaka, Vegapunk number 1, is the character. He resembles Daft Punk.

The Seraphim of Jinbe, who is prepared to battle Nami and other crew members, is visible in the second scan. Her neck seizes Nami as Seraphim Jinbe unleashes his full power against her.

She seemed to be buckling under Jinbe’s grip. When Sanji sees Nami being attacked, he becomes enraged and kicks Seraphim Jinbe hard while claiming he doesn’t care if he is the real one.

Luffy and the other crew members find the old robot visible in the most recent scan.

One Piece took another pause after three weeks of nonstop releases. But the week of the break is over.

You may have underestimated how advanced the Ancient Kingdom was. The most recent chapter’s confirmed spoilers have just been delivered to us. Following a one-week absence, Oda sensei has returned with a fantastic chapter that manages to make a lot of thrilling promises.

We are thrilled to share the One Piece 1065 spoilers as the potential end of human history.

Ancient Kingdom is such a deceiving moniker! Unimaginable mysteries lie within the Void Century. Now it is much clearer why the World Government keeps specific facts secret.

The following week has no break. We anticipate three chapters in a row now that Oda sensei’s scheduled break has ended.

However, this is only going to be effective through this month. There will be breaks for Christmas and other holidays in December.