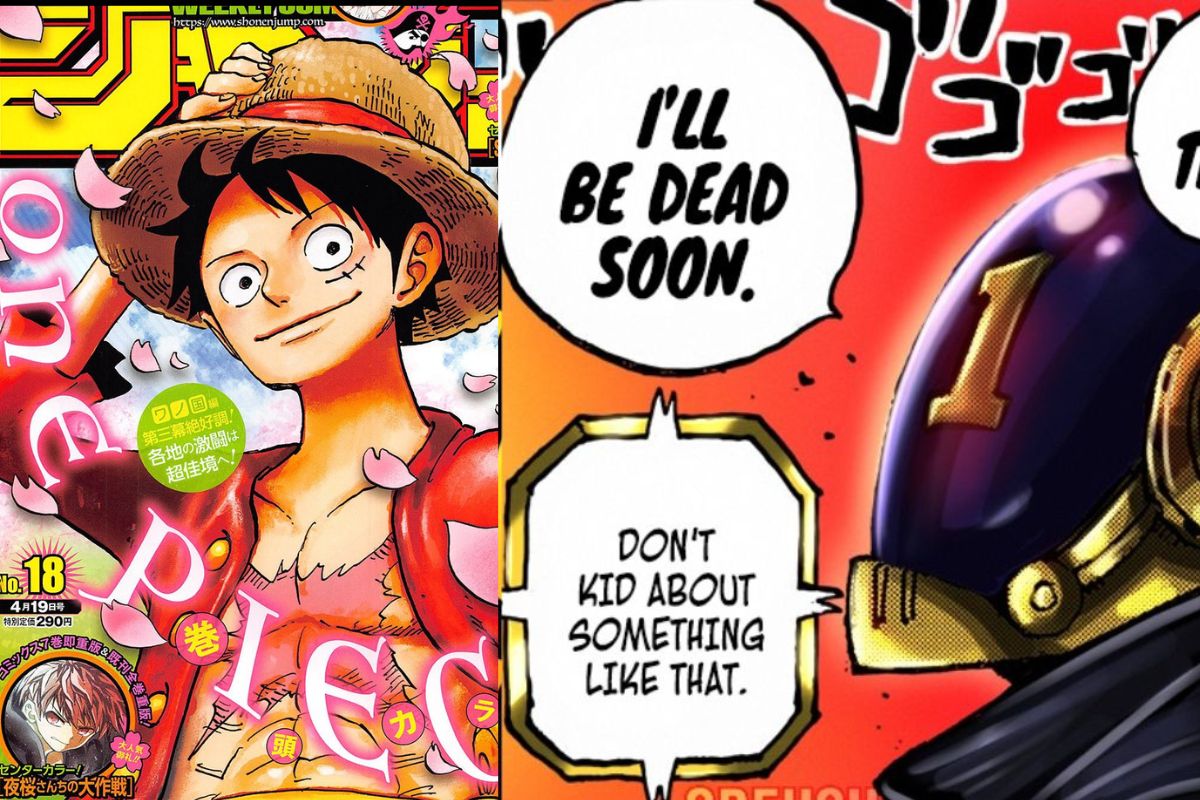 After One Piece Chapter 1063 created a buzz around Blackbeard and Law’s battle, the fans are holding their nerves to witness what happens next. Though the new chapter is a couple of days away, One Piece chapter 1064 tcb scans and spoilers have made the fans go crazy.

Latest spoilers have ignited global discussions across the anime forums and the fans simply cannot stand the fact that the most mysterious One Piece character, Dr. Vegapunk is somehow related to the Revolutionary armies.

So, what do the One Piece 1064 scans reveal about the upcoming chapter’s story? Read on as we have got everything covered!!

On the cover, Oda teases a piece of shocking information. He revealed that Aokoji Kuzan is surely a Blackbeard Pirate and Van Augur has just kidnapped Big Mom pirates’ Pudding.

Chapter 1064: “Egghead’s Research Stratum” of One Piece is out!
Be mindful online of official only readers!

Law is playing the role of a true leader guiding the Heart Pirates in the battle. The Heart Pirates are trying hard to sink Blackbeard’s ship. Here comes the major shock when we find Pudding saying, “If Big Mom were alive, she would have screwed them.”

While the battle gets intense and the Heart Pirates keep on dominating, Van Augur initially decides to retreat. However, the fire of pride pulls him back and he says they must keep on the fight as they are the Blackbeard Pirates.

Next the One Piece chapter 1064 tcb scans head to the Egghead. Here we find Bonney has transformed Luffy and Chopper into old individuals and Jinbei is a child now.

This move has temporarily prevented Luffy and crew from Kuma’s Pacifista. However, Luffy makes it clear that there is no way to escape. They will have to fight.

Here we get a sneak peek into Kuma’s past through Bonney and Jinbei. The latter says Kuma was previously a Tyranny in the Sobert Kingdom. However, he was ultimately thrown out of the kingdom. But Kuma did not give up, he stepped into the world of Pirates and joined hands with the revolutionary armies.

He was captured by the World Government and later he was set free on the condition that he will be an experiment for Dr. Vegapunk. Next Bonney clears it out that his father is a special race and the man who transformed him into a feeling-less robot will not be forgiven.

Want to get more One Piece chapter 1064 spoilers and leaks? Make sure to bookmark our page as we keep on bringing fresh news and updates.