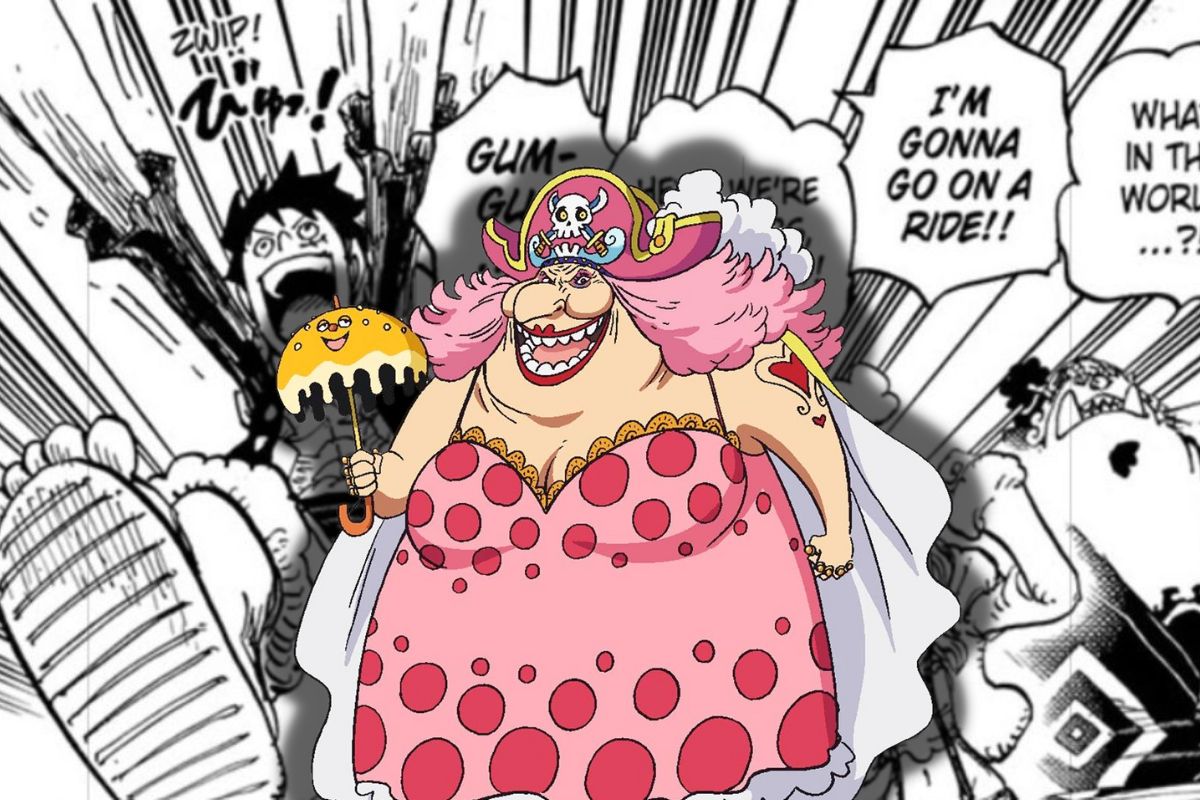 One Piece Chapter 1064 leaks and spoilers indicate that the next chapter is one of the biggest yet in terms of both events and reveals.

The latest spoilers reveal that the series is not about to take a breather anytime soon after the action-packed last chapter.

Along with several notable characters appearing, Big Mom, the former Emperor, is also discussed in this chapter.

These One Piece chapter 1064 leaks suggest that the current arc may be setting up events that may upend the manga’s plot.

One Piece chapter 1064 named “Egghead Lab Phase” is said to focus on the conflict between Law and Blackbeard.

This information comes from early One Piece chapter 1064 leaks.

Blackbeard is attacked by Law using “amputate,” but he easily overcomes it. Pudding has awoken her third eye and can be seen as a hostage on the Blackbeard ship as the two are fighting. She states that Big Mom, a former Yonko, is deceased.

The fight between the Blackbeard pirates and Heart Pirates continues, and somehow Akainu gets the news of their war on “Winner Island.”

Meanwhile, on Egghead island Bonney’s rage changed the age of the group of 4. She says Kuma was sentenced to prison back then and claims that Kuma belongs to a particular race.

Zoro’s group can be seen in the chapter; they’ll have new clothes except for Zoro and Brook. Shiryu of the Rain also made his appearance in chapter 1064, and he seems to be invisible.

At the end of the chapter, Shaka talks to Dragon and says, “He (Vegapunk) will die soon.” There is a break next week.

Big Mom will be pronounced dead by Pudding!!

Yes!! You heard it right!! As per the latest One Piece chapter 1064 Leaks, Big Mom will be dead… Here’s how?

Pudding, kidnapped and on board Blackbeard’s ship, will uncover her third eye and reveal that Big Mom is dead.

Big Mom’s passing is unexpected, but it also has repercussions for the Straw Hat Pirates. The most pressing question is what will happen to Zeus the Thundercloud, who has been united with Nami’s Sorcery Clima-Tact. Zeus was, after all, made from a piece of Big Mom’s soul.

Law vs Blackbeard – They will clash in battle

According to One Piece chapter 1064 leaks, Blackbeard and Trafalgar D. Law’s Heart Pirates will finally engage in their long-awaited battle.

In Chapter 1063 Law challenged Blackbeard to an all-or-nothing fight. It showed that tension was already present.

Readers will not only see a struggle between Blackbeard and Law but also between their respective crews; it has been rumored in the leaked spoilers.

Akainu will be traveling to Winner island, where the fight will take place, adding intrigue to the situation.

The Dragon speaks with Shaka!!

According to One Piece chapter 1064 leaks, more information regarding Kuma’s past and his race will be revealed to Luffy’s gang on Egghead Island by Bonney. Brook and Zoro will stay on the boat.

One of Dr. Vegapunk’s six satellites, Punk 01, also known as Shaka in One Piece chapter 1064, will also be introduced in this chapter.

It will be made known that Shaka communicates with the Revolutionary army, which will heighten the intrigue around Vegapunk.

One Piece manga has unquestionably entered the final tale of the series, which accounts for the plot’s momentum. So, are you excited about it? Tell us in the comment box…