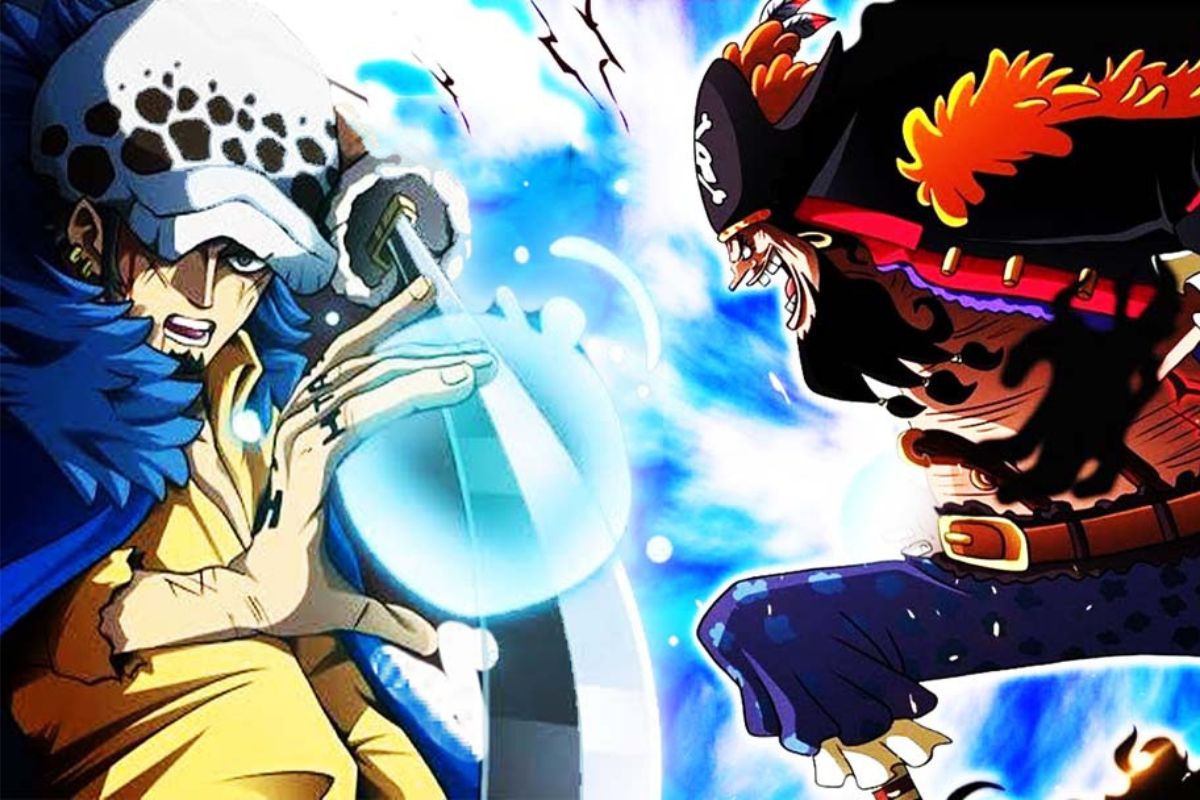 Online One Piece Chapter 1063 leaks reveal that Law is changing into a woman. Yes!! We heard it right!! Read on to know more.

One Piece Chapter 1063 leaks have surfaced again after the initial round of leaks, this time in the form of raw scans of the manga pages that reveal new information about the future chapter.

Given that new One Piece leaks typically appear in the middle of the week, before the official release, the latest leaks appeared as anticipated.

One of the most significant events in the new chapter is when Law finally meets Blackbeard and his band of pirates. During this interaction, Law also changes into a woman, revealing a new Haki power.

While Zoro and the other Straw Hats were left hanging in the last chapter, that is not where the new chapter picks off.

The four acquire new clothing from Vegapunk in the opening section of the chapter.

They are soon ambushed by Kuma, a police robot that resembles Bartholomew Kuma, with a few small exceptions. By stating that she is Bartholomew Kuma’s daughter, Bonney dissuades Luffy from attacking Kuma. There was also a brief flashback of Bonney.

Law’s transformation into a woman in One Piece

One Piece Chapter 1063 leaks claim that Doc Q’s power, Shiku Shiku no Mi, enables him to spread disease to others.

According to Law, a strong Haki can negate a Devil Fruit power. Users of Haki have additional power as a result of this. But given that the only skill capable of harming a user of a Logia-type Devil Fruit is Haki, this is not entirely unexpected. Consequently, this advancement can be viewed as a logical extension of that skill.

Cracker appears to be frozen on the cover, and Brûlée may be seen sobbing. Brûlée claims Pudding has been taken, hostage. One Piece Chapter 1063 leaks painted a bleak picture of what would happen next in the series when they were initially published on Tuesday.

Luffy, Chopper, Jinbe, and Bonney change their clothing at the start of this chapter using a special device from Vegapunk. They then see a robotic Kuma that resembles him but is dressed in a police uniform and has a different build and appearance.

The only family I have

One Piece Chapter 1063 leaks include that Luffy is about to protect the group when Kuma strikes when Bonney cuts him off and says that Kuma is her birth father and the only member of her immediate family.