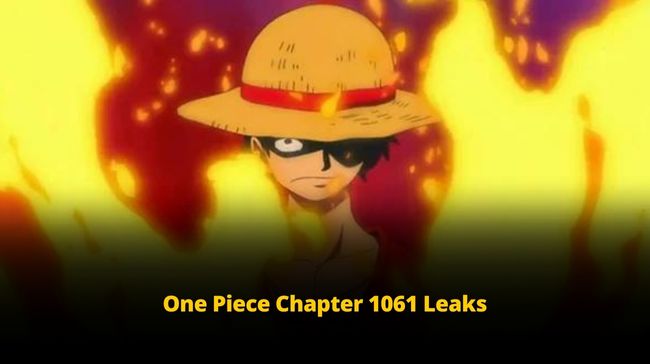 After reading the intensifying chapter 1060, One Piece chapter 1061 brings a wide array of twists and turns. Read the complete article to know what the new chapter has to offer the fans.

Warning – One Piece Chapter 1061 leaks ahead

One Piece Chapter 1061 leaks are out and they are storming the Internet. It seems like fans are having the official confirmations related to the upcoming issue, featuring none other than Dr. Vegapunk.

Dr. Vegapunk – The Most Discussed Character

This results in a prominent discussion among the series fans in the wake of the unofficial release of One Piece Chapter 1061.

However, the series fans are also benefiting from paying attention to another female character who has just joined the fold, significantly with the introduction of Vegapunk.

Jewelry Bonney and her fascinating Journey

Since the initial introduction of Jewelry, Bonney has had a fascinating journey, unofficially releasing chapter 1061 of One Piece.

At Sabaody Archipelago, fans first saw her, where her introduction happened, and she was introduced as one of the Worst Generations to save Zoro’s life from a Celestial Dragon.

Some time went by then after, and she and her crew saw that they were getting confined by the black-beard pirates, and they handed over the Marines in exchange for a ship.

The conversation between Bonney and Akainu when they both met. Also, some talk about Vegapunk happened that he connected with the World Government or the Marines, which we think has not been enhanced.

Nonetheless, Bonney’s journey continued ahead, where she was seen to have infiltrated the Reverie during the Reverie arc.

It was revealed that the chief goals of one of her chiefs were at the Reverie. The chief wanted to free Kuma, which was never outright said but still implied that the two shared a close relationship.

Now the One Piece Chapter 1061 leaks tell us that Bonney’s business with Vegapunk almost confirms that she has been one of their Close friends of Kuma.

Aside from what happened to Kuma when Vegapunk did something to him, the only business of Bonney with Vegapunk can be with them, who are the aforementioned World Government of Marine Government; Akaimu suggests this affiliation.

When we go further, Kuma’s transformation and Bonney’s business are likely centred around the transformation of Kuma into his first Pacifista and his subsequent treatment by the Celestial Dragons.

In this scenario, fans would know more about the origins of Bonney, her motivation and goals, and what her plan is to do in the future.

The most intriguing thing about One Piece Chapter 1061 is that with every answer come two unanswered questions.

This makes us wait for more for the One Piece Episodes. Stay tuned with us for more such updates.