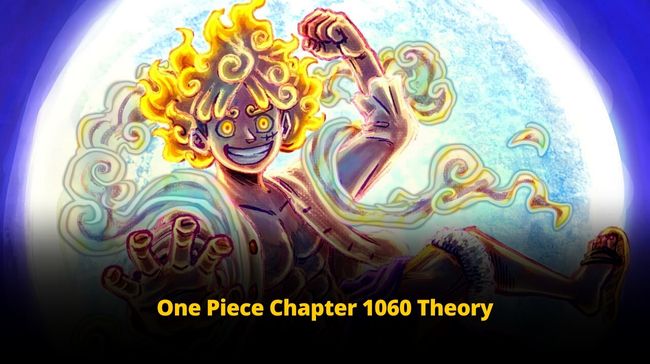 The closer we approach the release date, the more anticipation there is for One Piece chapter 1060.

So, today we are here with a super amazing One Piece Chapter 1060 theory…. So, make sure to read the complete article…

The next chapter, in which they return to the sea, has a danger that is hinted at in the editor’s remark in chapter 1059. The Straw Hat Crew might be in trouble, according to the author’s note.

The world has been in turmoil since the Wano arc, and Luffy and his friends will soon be facing an unidentified enemy. Similar remarks can be found in chapter 1058’s sneak preview.

It featured a photo of Luffy in his Gear V form. Kaido was the only opponent for whom Luffy used this metamorphosis, but he may soon face another dangerous adversary.

Recently, a variety of beloved characters from the manga have made a comeback, with a focus on the old Seven Warlords of the Sea. This made fans think that One Piece chapter 1060 would be the Warlords’ moment to shine, especially Doflamingo.

Boa Hancock, who had to defend Amazon Lily from Blackbeard and the Marines, will be the main subject of chapter 1059, according to leaks and spoilers. All of the figures from earlier were formerly members of the Seven Warlords of the Sea.

Gecko Moria, Weevil, and Doflamingo are the only three individuals still present. The most recent Warlord to appear in the series was Moria, and it has been a very long time since we last saw any of them.

The most widely held hypothesis for chapter 1060 proposes that Doflamingo will be set free in some manner. The vice-warden of Impel Down, Magellan, wants to keep Doflamingo safe. To shield Doflamingo from the CP0 agents who are looking for the Warlords, fans think Magellan will be the one to let him free.

Fans of Oda’s manga series found it challenging to predict the last few chapters. Oda is working hard to get both the audience and his characters ready for the series’ last showdown as the plot of the book series draws to a close.

It is nearly a given at this point that the World Government will eventually have to engage the surviving pirate crews in combat. The publication of One Piece Chapter 1060 is anticipated to take two weeks. However, the recent commotion around it has left its supporters wondering what will happen next.

So, guys what do you think about the One Piece Chapter 1060 theory? Share your views in the comment box…