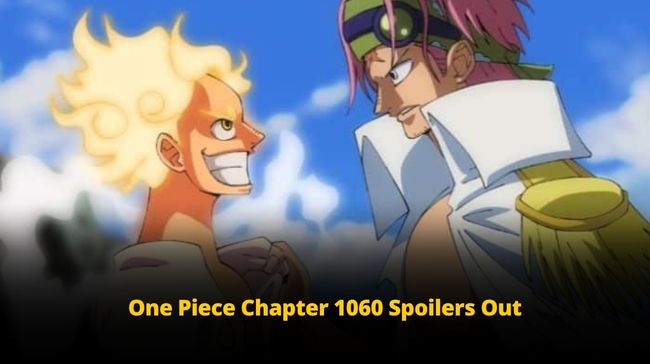 One Piece Chapter 1060 spoilers have caused panic amongst the fans as the spoiler is the death of one of the most popular characters, Sabo.

Due to the destruction of the Kingdom of Lulusia, the fans believe that the Emperor of flames has died because of this, while a dragon was called by Sabo for a moment before.

Continue if you want to know more about One Piece Chapter 1060 spoilers.

Fans are going gaga reading the One Piece Chapter 1060 Spoilers

One Piece Chapter 1060 leaks are circulating online where Im has destroyed the Kingdom of Lulusia. This spoiler is confirmed by many reputable leakers in the community. Just in seconds, the whole Kingdom of Lulusia was damaged and left nothing behind.

Since the news about the murder of King Cobra was announced to everybody, the marines are looking for Sabo. They tracked him down to Lulusia, which was going to be destroyed by Im, to prevent the returning of Sabo back to his home.

What more is revealed in this chapter?

One Piece Chapter 1060 spoilers reveal that Sabo wasn’t the only one who killed King Cobra, as the Emperor of flames said it himself.

They have also confirmed that Im am sitting at the top of an Empty throne where no one is allowed to sit. This thing is discovered by Sabo.

This tells us that the World government and Im teamed up to kill Sabo so he couldn’t talk about the enigmatic ruler.

What more can we expect?

One Piece. This series is well-known for its fake deaths, which have happened many times in the story.

Many times the characters were thought of as dead by the fans, but they returned a bit of a chapter later as if nothing had happened to them.

In this list, Sabo can also join as he could have survived his certain death miraculously.

Any of the One Piece chapter 1060 spoilers haven’t yet approved the death of the Emperor of Flames.

This might mean that Sabo has just been injured by the attack of Im, and he is not dead. This will come into the series later when Sabo is returning to the Revolutionary Army headquarters with a lot of information about a mystery that he saw inside the Pangaea Castle.

In One Piece chapter 1060, there is a high possibility that Sabo has been killed by Im. The Kingdom of Lulusia is destroyed after the attack of Im and the World Government. Sabo will need a miracle to survive a catastrophe of that magnitude.

Stay tuned! Don’t forget to follow us! We’ll be back soon!