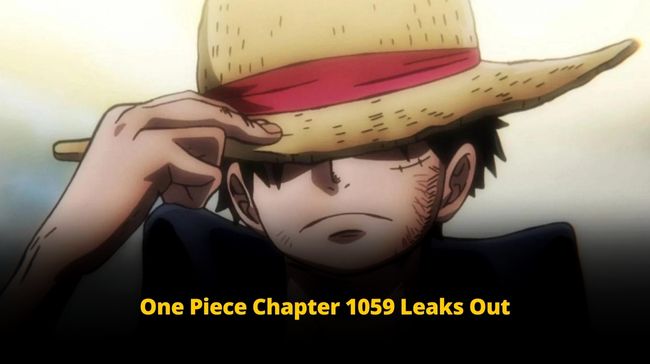 We all know that a new chapter is about to drop; here we are with a few more One Piece Chapter 1059 leaks!!! Let us go through it and learn more about the chapter before it comes out!!

What to expect from One Piece Chapter 1059?

The Author of the series and the illustrator of Eiichiro Oda’s series will be on a break in the coming week.

Still, the fans did not stop getting further One Piece Chapter 1059 leaks. But No Luck of ours. No spoilers are released by the community who release leaks!!

But we have a few key things the fans expect to see in upcoming issues; if not, One Piece Chapter 1059 will only contain it. While all this is based on mere guesses, the series has some fascinating plot points in which expansions could be predicted.

One of the massive developments In the series of One Piece Chapter 1059 is that we may finally get revealed to know the side story of Sabo.

Since the rough end of the Wano arc, fans have heard about how Sabo, Cobra Nefertari, allegedly killed Alabasta.

Fans would remember them as the father of Vivi Nefertari, A friend to the Straw hats, and an essential candidate for their crew.

With the apparent death of Cobra, all the fans need explanations from the point of view of Sabo on what happened to him in this situation.

With alleged murder attributed to him, fans expect the Flame Emperor to be the first person to know the events that transpired.

We all know that Oda likes to make slow-burn plot points of nature; the plot of Sabo has been burning for more than two years now.

The First tease will be about his actions or status at the Reverie that came in the summers of Twenty-twenty-two.

Two years later, to tease the fans with truth so only they can wait for them even longer would be a perplexing decision, not to mention the reader who is infuriated to read.

The chapter will be made available at the below-mentioned times for fans worldwide!!

Are you excited for One Piece Chapter 1059 precisely the way we are??!! Do follow us for more updates on the same!!

Read More – Is One Piece Jimbei The Last Straw Hat?