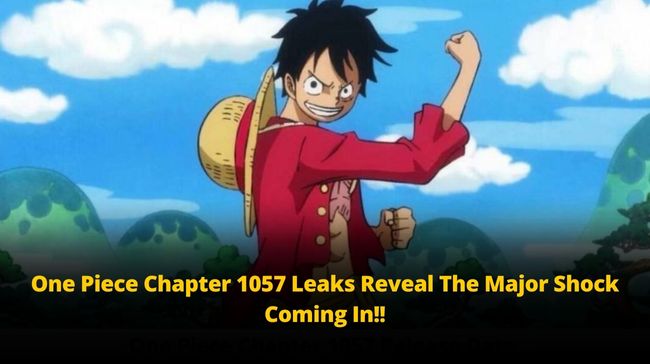 We are here to update you on some of the latest One Piece Chapter 1057 leaks!! We warn you to move ahead at your own risk!

Social media has been all raving about all the details they could get on the One Piece new chapter.

As One Piece Chapter 1057 leaks were released to the fans by some really trustworthy sources like Jmena and Un-amed, this caught fire amongst the fans all over the internet.

Several pages have been created on Twitter and many such platforms as the fans have started anticipating with the help of the recent leaks.

After a long week, Eiichiro Oda is all set to return next week with its long-awaited Chapter 1057 of One Piece.

With the internet swirling on One Piece Chapter 1057 leaks, the Yamato fans don’t seem to be having any reason to be happy!!

The well-known EtenBoby from Twitter, also known for his leaks, has assured the fans that they are not going to be happy with the Wano Act 3 end panel. This is definitely not living up to the expectation of fans and they are going to be absolutely disappointed.

The Act would conclude just like any other one saying it “Finale” or “The End.” The fans around the world are really confused with this reveal.

If we go by what Reddit reveals,  Yamato is going to take an altogether different path than what the fans have thought of. He will not be joining Luffy’s crew for now at least. It seems Yamato will first travel to Wano Kuni before he takes the sea.

The title of OnePiece Chapter 1057 is “Conclusion” with Wano Arc officially ending with this chapter.

The One Piece Chapter 1057 leaks confirm that Momonosuke will bid goodbye to Straw Hats now. We would see Luffy, Kid and Law leaving the Wano Kuni, but Yamato prefers to stay back and travel the Wano country and then leave.

One Piece Chapter 1057 leaks in detail

So we are here, to sum up and share with you the leaks as per reliable sources.

The fans do have a lot of questions in their mind regarding the happenings post One Piece Chapter 1057 leaks.

We request the readers to take up the official means to read the manga!!

Read More – These One Piece Episode 1030 Spoilers Will Blow Your Mind!!