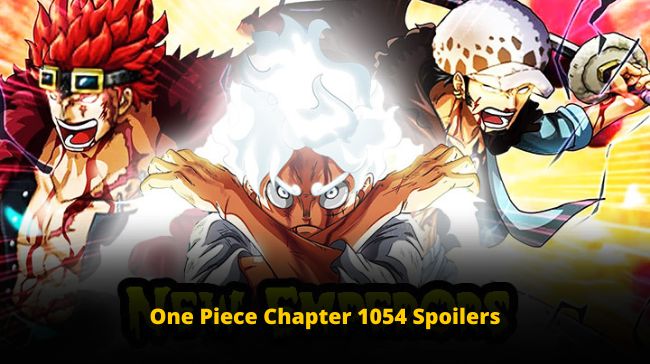 Read ahead at your own risk as we have the latest One Piece Chapter 1054 Spoilers!

What if we say we have release dates and timings, and some latest One Piece chapter 1054 spoilers for you? Maybe yes, maybe not!

We know you love us bringing you such crazy spoilers. Yes, because we don’t want our viewers to miss anything. From actors to animated movies, you name it, and boom, we have it for you.

So, today in this article, we delivered some super awesome One Piece chapter 1054 spoilers…

One Piece Chapter 1054 will be one of the most significant chapters!!

Why, ah, for apparent reasons: cause One Piece is going on a month’s break to prepare for the Sibal saga. And ah, the hype for the next chapter is already at its peak.

So guys, let us tell you some One Piece Chapter 1054 Spoilers and leaks which might make your weekend and mood more happening. Let’s get going?

Boom, isn’t it crazy news? While the world is gaga about one of the most popular manga, the fans cannot wait for the new chapter to be released. According to the sources, the studio has already started One Piece Chapter 1054, which will be released in Japan on July 26, 2022.

OMG! Holy shit: we can’t believe our eyes? How hard will it be for the fans to wait all this long? Ah, but we have some good news, too?

Don’t you want to know the timings, when it’s going to be published?

One Piece Chapter 1054 Spoilers: Let’s spice up a bit

It appears the borders have been sealed, and Zunesha has left Wano. However, this could have just occurred after the war, too. The spoilers also suggest that Carrot might remain with the Straw Hats for an extended time.

What? Yes, even Basil Hawkins is shown chit-chatting with Drake and unleashing a piece of oh-so-crazy information as the teasers advance.

Below the palace, Hitetsu reveals to Robin that while sword making was always their interest, what were they detained in the room under the court? Because what? Three, two, one their name is Kozuki Sukiyaki (The dad of Kozuki Oden!)

Does the green bull enter?

As everybody is chilling and partying, the kid speaks spontaneously that these are the new heads, the four emperors. But with the fun music in the background, huh? Ssssh, we won’t disclose much about it. Let’s get the excitement going.

What? Who would have expected this? Well, we didn’t.

Wait, did he inform him that he had predicted Kaido’s defeat already?

Are the editor’s notes to the point?

We don’t wanna end, but we would love to know what our viewers think about the One Piece New Chapter 1054 Spoilers?

Also, author Eiichiro Oda might surprise us again with the forthcoming chapters. Stay tuned for more such updates!

Read More – One Piece Chapter 1053 Spoilers: Get Ready For The Ultimate Shock!!