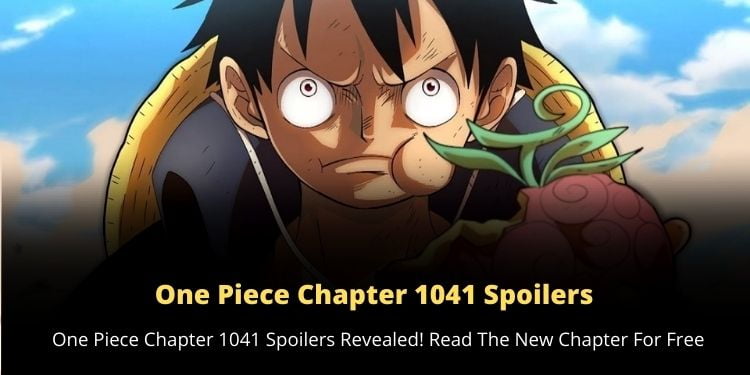 One Piece is ready to bring a new chapter after a halt of one week. So, Sassyshows has got its hands-on some amazing One Piece Chapter 1041 spoilers.

After the officials dropped chapter 1040 of One Piece, the fans were clamoring for more. They were eagerly waiting for One Piece chapter 1041. So, today we will deliver some insane One Piece Chapter 1041 spoilers.

One Piece is one of the most popular anime and manga series that has already occupied a huge part of anime lovers’ hearts. At this point in time, we are on the verge of tons of deadly battles on Onigashima Island.

We already have got a glimpse of how fatal a battle can be with Zoro and King’s combat marking an end. In the last chapter, Law, and Kid ultimately managed to overpower the Big Mom.

As per the One Piece Chapter 1041 spoilers, the new chapter will continue to explore the story of Germa 66’s from the Whole Cake Island. In the last chapter, Yonji and Niji are back in action.

Now, it’s time to interact with Pudding. Pudding is furious as the duo bullied Sanji.

As per the spoilers floating around, the upcoming chapter will be titled, “Komurasaki.” The chapter will open up with Momonosuke revealing that Oden tore some important pages from his Logbook. So, what will this lead to? And what is the fate of the Big Mom?

One Piece Chapter 1041 Release Date – When Will The New Chapter Release?

The new chapter of One Piece will be debuting after a break of one week. So, it will be out on Sunday, February 27, 2022.

Where To Read One Piece Chapter 1041?

The fans can read the latest chapter of One Piece on Manga Plus and Viz Media.