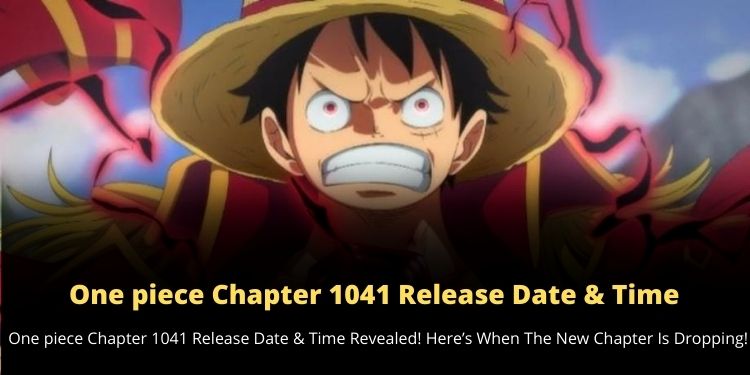 One Piece Chapter 1041 release date is here. Here is when the new chapter is dropping.

Many fights on Onigashima Island in Eiichiro Oda’s One Piece are nearing their conclusion. The outcome of the battle between Zoro and King is already known. Sanji, on the other hand, has proven his strength against Queen. Finally, in the previous chapter, Law and Kid were declared victorious in their battle with Big Mom.

However, the final battle with Kaidou has yet to be won, and fans are looking forward to seeing which fight will be the centerpiece of the next episode.

Readers have been looking for the next chapter of One Piece, but the manga series is taking a vacation this week, so fans will have to wait until next week. From next week, On Sunday, February 27th, 2022, One Piece Chapter 1041 will be released globally. As a result, this month’s One Piece chapter will be the final.

The chapter will be available to read at Midnight JST, according to Viz Media and Manga Plus (Japan Standard Time). The publishing date for the next chapter, however, will vary based on your location. So, here’s when the game will be released in each zone:

The release date for One Piece Chapter 1041 is rapidly approaching, and manga fans are eager to see what significant narrative twists Eiichiro Oda has in store for them. The Onigashima Raid’s increased struggle is currently coming to an end, but what will happen next is uncertain.