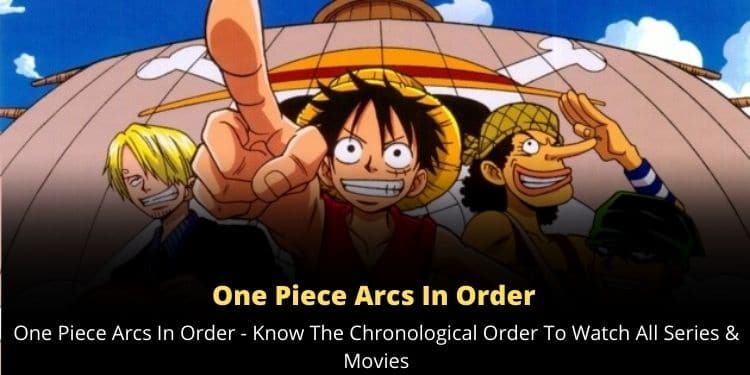 If you are a newbie in the anime world, you may be wondering to get hands-on the right sequence to watch One Piece. So, here are One Piece arcs in order.

One Piece is one of the most well-known and long-running anime series of all time. The show has broadcast over 700 episodes to far and is still on the air today. Luffy, Zoro, Nami, and the rest of the crew are also no strangers to the big screen. There have been 14 feature films starring the characters since the series began in 1999. These films tell independent storylines from the series, though they take place in the middle of it.

One Piece Arcs In Order

One Piece is a manga series about Monkey D. Luffy, a child whose body has taken on rubber-like qualities after eating a Devil Fruit. To become the next King of the Pirates, he embarks on a quest with his band of pirates, the Straw Hat Pirates, to explore the Grand Line and seek the world’s ultimate treasure known as “One Piece.”

Fans are going crazy for the One Piece Arcs Order and can’t wait to learn the order of the arcs in all of the sagas.

One Piece Movies In Order

Toei Animation produces and distributes the One Piece movie in theatres. While they are usually done with the same cast and crew as TV anime, their production standards and animation quality are substantially greater. These films were the first broadcast as part of Toei’s springtime ‘Anime Fair’ events, always as a double feature with different Digimon films.