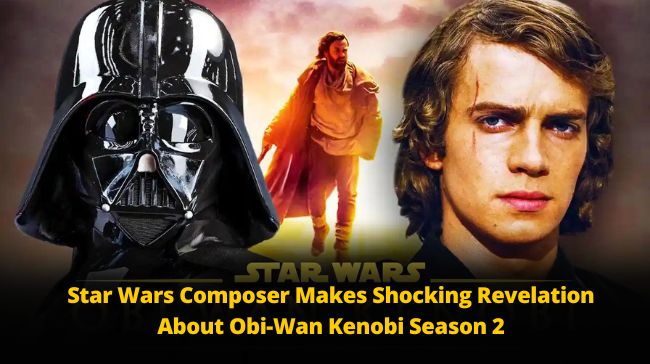 Guys, do you know why we love bringing recent updates to you? Because we know how keen and curious we are about what’s happening on the internet, we ensure we get the proper accurate, reliable news to serve all our lovely viewers! Why not enjoy the beautiful weather and read this hot gossip?

Here is what the popular Star Wars composer revealed about Obi-Wan Kenobi Season 2!!

First, let’s give you a synopsis of Obi-Wan Kenobi

The story of Obi-Wan Kenobi takes place between the events of Revenge of the Sith and A New Hope, as Obi-Wan looks to protect a young Young Luke Skywalker on Tatooine. However, Kenobi hopes to remain in hiding as the Sithruled Galactic Empire also searches for any remaining Jedi and their accomplices!

Well, how would we describe “Obi-Wan.”

He’s kind, calm, composed, and not afraid to face his problems. He’s a fantastic mentor to Luke, too. We also feel he’s very helping, caring, inspirational, and understanding—who doesn’t love a mentor like this? He’s also proved to be an excellent fighter during the prequels!

How can one miss the dubious look of the Star Wars Composer Natalie Holt on this? The oh-so-finale series from the franchise debuted to its loving, loyal audience on May 28th and wrapped up its 6th episode run in June, leaving the fans wanting and excited for more—So are we!

Though this series is said to be a limited epic, the audience is still hoping for more. The last scene was so epic of Liam Neeson’s return as Qui-Gon Jinn in the oh-so-ghost form, which created a spark in the audience for more of Obi-Wan’s story. Do you think the Obi-Wan Kenobi team wishes to expand the story further? On Obi-Wan Kenobi Season 2, series composer Holt responded that she doesn’t know. She might come up. She spoke to Deborah, and they feel it’s a complete story.

She even thinks Ewan loves playing the character and is so in love with being Obi that he wants to do it again. We love this line, “ I really enjoyed it and loved the team there!”.

It’s proved that the Star Wars composer is reluctant about Obi-Wan Kenobi Season 2, that’s for sure.

Do you think the next Season will come? We don’t think so. Might be, might be not. But, the immense love of fans and viewers may motivate her for the Obi-Wan Kenobi Season 2.

So guys, what’s your take on it?

Well, we think she hasn’t responded yes, but not no, too. Obi-Wan Kenobi viewers, take a deep breath and hope for the best. How badly are we waiting for the Jedi and his adversary to return to the screens? Bookmark our page now and stay tuned because tomorrow we are again coming up with something new!