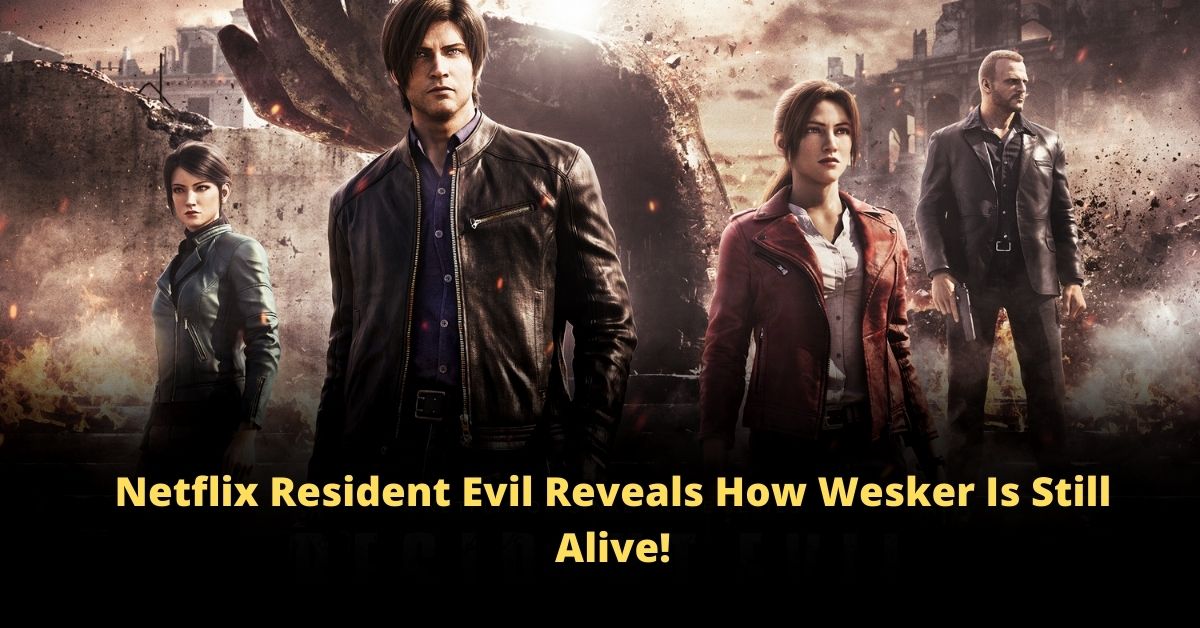 When it comes to quality online content, Netflix is simply the king of OTTs. With the streaming platform rapidly increasing its library of movies and series, it recently dropped a big bomb. Netflix is coming with a brand new Resident Evil series. So, Sassyshows is here with some amazing details on the Netflix Resident Evil show. The Resident Evil series on Netflix, according to showrunner Andrew Dabb, will explain how Albert Wesker escaped his death in the games.

Capcom’s survival horror franchise first appeared on the big screen in the early 2000s with the Milla Jovovich-led film series, followed by three CG-animated films and the most recent CG series Resident Evil: Infinite Darkness. Resident Evil: Welcome to Raccoon City was launched in 2021 and sought to be more authentic to the games by adapting the first two games in the series.

It was directed by Johannes Roberts of 47 Meters Down. Constantin Film had been working on a Resident Evil animated series centered on Jovovich’s Alice and Sienna Guillory’s Jill Valentine since 2005, only to abandon it when Sony greenlit Resident Evil: Extinction.

The film will be set in the Resident Evil universe and will revolve around twins who uncover their father’s dark secrets and connections to the Umbrella Corporation, which will eventually lead to a new apocalypse. With only a few months until the Netflix Resident Evil show’s premiere, we spoke with Resident Evil creator Andrew Dabb about the project.

When asked if the show will explain how Albert Wesker is still alive, the Supernatural vet said yes, but declined to expand on how he has returned.

Albert Wesker is widely recognized as one of the best villains in the Resident Evil series due to his relentless backstabbing of both good and evil allies, as well as his manipulation of many Umbrella viruses to become a superhuman threat.

Wesker looks to have met his end in the games, as Dabb points out, with Chris Redfield and Sheva Alomar successfully hurling Wesker into a volcano with a missile in Resident Evil 5.

While the Resident Evil series is infamous for resurrecting the dead, including Wesker, Resident Evil 5 producer Masachika Kawata revealed that the villain will be dead for good after the game.

Given his demise, there has been much speculation over how Netflix Resident Evil show will handle Wesker’s return, with many expecting it would take a free approach to recreate the games or function as a prequel to the games. With Dabb recently confirming that the Netflix Resident Evil show would be related to the games and that everything will be canon for the series, it’s possible that the streaming title may recon some of the games’ core plot lines. When Resident Evil arrives on Netflix on July 14, only time will tell.

However, not everything will be addressed. When asked if the eight-episode season of Netflix Resident Evil Show is a full tale, he responded that it is in terms of the people, but not in terms of the broader storyline.

The objective is to create more in the future, however, Netflix will have to decide that. For now, Dabb merely wants people to see that he’s got a new, fresh, yet still loyal perspective on a popular series with this teaser. Something that both new and longtime fans will enjoy.

So, fans, are you excited about the Netflix Resident Evil show? Tell us in the comment box.