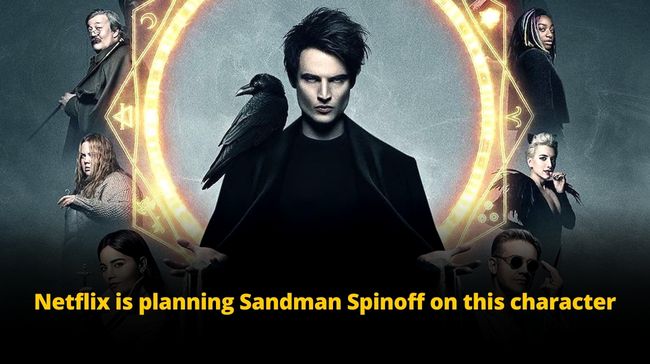 It’s been a few days since the much-awaited series The Sandman was released on Netflix!!!

After getting good reviews from the viewers, The Sandman is still yet to be watched by many.

With a mammoth star cast – and shepherded by Gaiman himself, The Sandman is a series from which the viewers have set high hopes.! Now Sandman Spinoff might be in the pipeline, but we are not sure about it!!

The Sandman series on Netflix has several changes in its character line, and the most prominent one does not have John Constantine.

This character is a stunning combination of a supernatural detective and an anti-hero; along with this, he hunts the demons as well. Alan Moore’s much-acclaimed series “Swamp Things” was the platform where he first appeared herself and was quite famous later for his run.

We have seen this character a couple of times in the film ‘Constantine” and the series Arrowverse.

Getting good reviews from both critics and audiences, it is in the top 10 running shows on Netflix to date. This indicates it is on many viewers’ watch lists!

The buzz around seems to be stronger than a second season holds a high possibility. But this series might go one notch higher. We are hearing that Neil Gaiman strongly feels that the show might go well for the Sandman Spinoff for one specific character.

The Sandman Spinoff – And that would be none other than Johanna Constantine!!

She has been a part of the Sandman series but was a perfect player in episode 3. Her performance stood out amongst the studded star cast.

The buzz around is vital that even Neil Gaiman, who has been quite reluctant for any Sandman adaptation to date, is quite liking the idea of the Sandman Spinoff when one fan member came up with it.

As there are not many women, in the beginning, Gaiman thought that having one person do both reflects straightforwardness. Now with such brilliant acting, fans strongly feel that Jenna Coleman could get her own Sandman spinoff. Now, this is exciting news for the fandom!!!!

We wonder whether Netflix wishes to invest more in the Sandman series by entering the era of the Sandman spinoff.

In a usual move, Netflix has been reluctant to invest in projects it does not fully own, and Sandan is a WB production!! But as rightly said – A hit is a hit, no matter what!! Even if this series is borrowed on loan from WB and DC, there is still hope for maybe a step ahead – be it season 2 or the Sandman spinoff!

Let’s wait and watch how well the Sandman scores in its first month!!

Read More – Fans Are Clamoring For This Sandman Spinoff!!