TVD’s Mystic Falls High was a haven for vampires and werewolves, but the lone staff member and excessive dance parties made it a strange place.

Though TVD’s universe may have ended with a satisfying finale, its original series remains a favorite among the show’s diehard fans.

The story began in Mystic Falls, specifically at Mystic Falls High School, where Elena and her friends met Stefan Salvatore, a centuries-old vampire.

The school played an important role in the show for a few seasons, and it served as a battlefield for supernatural battles as well. While Elena, Caroline, and Bonnie tried to maintain some semblance of normalcy at school, Mystic Falls High School just didn’t seem right.

The Number of Student Deaths

The onslaught of vampires, werewolves, and Originals had the unfortunate effect of putting human students in harm’s way. Some characters from TVD died and were resurrected, but Vicki Donovan, Sarah, and Aimee Bradley were not so fortunate. 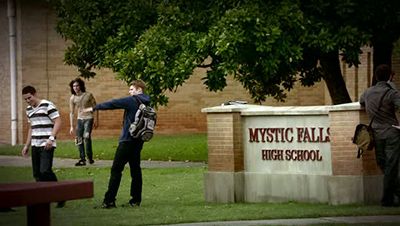 The school in The Vampire Diaries became a hotbed of conflict since every villain had beef with Elena, Bonnie, Caroline, and company. The school authorities followed Alaric’s lead and did nothing to stop Rebekah, Klaus, and Alaric from attacking and holding students hostage, but the school authorities took no action. Well, who wouldn’t love to study in a homework-free school? But, as astonishing as it sounds, it’s not practical!

Against the backdrop of the fate of Mystic Falls and the world hanging in the balance, Elena and the Salvatores were the only ones who could tip the scales towards good.

As a result, everyone was on vampire duty, from Matt to Elena to Bonnie, and neither of them had any difficulty focusing on their schoolwork.

How did some students graduate?

Although Jeremy’s graduation was being compelled, the question arises is, how did Elena manage to graduate? She constantly skipped class, didn’t do school work, didn’t prepare for finals, and did not lament her academic failures.

Since Caroline could compel her teachers to pass her, it’s probable that Elena called in a favor to her vampire friends. Only this way could she and Stefan graduate.

On the school campus, there was a stoner’s pit that was infamous for the drug use of Jeremy and Vicki in the earlier seasons.

Despite the fact that Mystic Falls High School didn’t care about the well-being of its students, no drug policy was ever implemented.

No consequences were imposed on the offending students for openly smoking whenever they wanted.

It seems that Mystic Falls High School did not even manage to provide the bare minimum for its students. 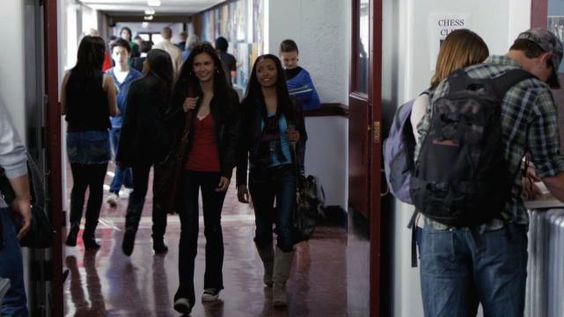 Did you find something else weird in the series?

We are sure there’s much more in there that’s uncommon. Did you find something weird in the Mystic Falls High School? Answer us in the comment section.