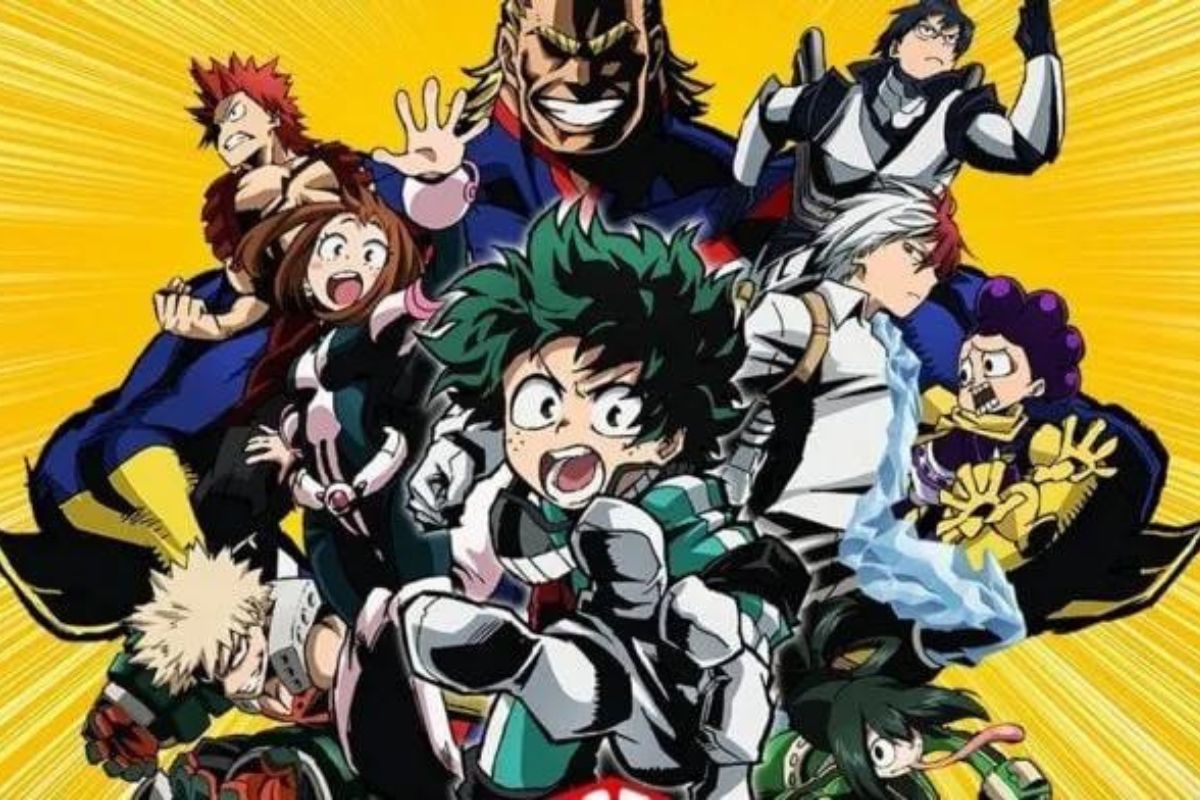 If the last chapter of My Hero Academia made you bite your nails, get ready to be stunned once again as the new chapter is double the entertainment.

My Hero Academia chapter 372 spoilers provide readers with a look into Kouda and Spinner’s pasts. As both sides break inside the hospital, Kurogiri’s significance to the villains is further highlighted.

The traumas of Shoji’s history were exposed in Chapter 371, as well as his bravery in saving a drowning youngster.

It further demonstrated how Spinner’s mental clarity had been destroyed by AFO, turning him into a mind-controlled drone for his scheme. So, what happens next? Here are some amazing My Academia chapter 372 spoilers and much more.

The spoilers state that the title of My Hero Academia chapter 372 is Naked. The story starts with a brief flashback in the new chapter, “NAKED.”

Shoji and Koda request permission from All Mighty and Aizawa to join the Central Hospital team.

How the students learned about this is unclear, thanks to All Might. Shoji and Koda admit that they knew the mutant group was preparing for the attack from the gigantic lady.

The gigantic civilian lady told Koda and Shoji about the mutant raid on Central hospital.

According to My Hero Academia chapter 372 spoilers, this led them to ask Aizawa and All Might to be assigned to that team.

Aizawa requested that Present Mic accompany her to Central Hospital after realizing the criminals were not deceived by the false information they disseminated.

Present Mic thinks that Shoji and Kouda are more vital now than he and his two pals were at that age because of their tenacity. Kouda’s father isn’t a mutant, but another flashback reveals that he stood up for his wife when people made fun of her horned appearance.

While Kouda attacks the PLF General with Hitchcock Buzz, Shoji strikes Spinner with Octo Expansion. Shoji queries Spinner and the other mutants about the people they want to save because they all have potent eccentricities in light of Ayoyama’s struggle.

He stresses that the persecution of mutants will worsen due to this incident. Another flashback reveals that after Shoji saved the young girl, the people gave him the scar.

Spinner responds that if the heroes succeed, nothing will change because he is reminded of the time he was imprisoned.

He motions for the mutants to follow him as he crashes through the hospital’s reinforced concrete walls. The cops draw their weapons because the mutants obey their commander.

A mutant at the hospital ignores a room the doctors and nurses have blocked, assuming they must attend to a patient there. Spinner recalls that AFO informed him that Kurogiri was in the research tower and that to awaken the nomu, he needed to play a voice tape of either Tomura or AFO.

Kurogiri is essential to his strategy, and Spinner’s success here will make him Tomura’s hero. Spinner keeps going but soon notices that nobody is following him.

How alone the villain has consistently been demonstrated by the visual of a young Spinner jogging by himself. When present Mic gets there, he tells him that Spinner can never succeed this way because Shoji’s speech caused the crowd to leave.

My Hero Academia chapter 372 spoilers end with Spinner and Present Mic yelling “Kurogiri” and “Shirakumo,” respectively, as they dash toward the tower.