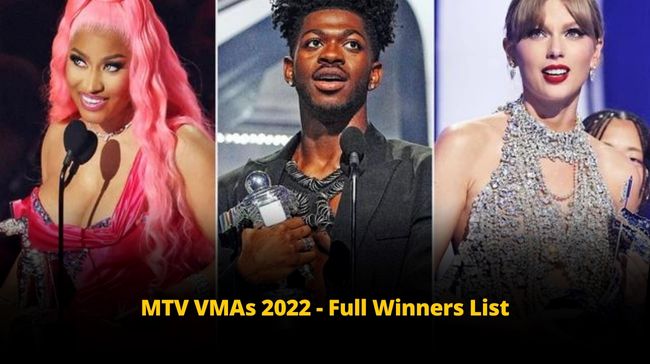 MTV VMAs was decked up with all the music stars at the Prudential Centre in Newark, N.J., where the night’s top nominees were Doja Cat, Jack Harlow, and Harry Styles!!

Today we are here to cover everything about MTV VMAs 2022…

The Prudential Centre in Newark, New Jersey, was where MTV VMA 2022 was held this year on Sunday, August 28, 2022. The show was hosted by none other than LL Cool J, Nicki Minaj, and Jack Harlow, who did a splendid job at the event honoring MTV’s best music videos of the year.

Quite famous as MTV VMA – MTV Video Music Awards have a known history for being in lights for its outrageous fashion as well!! The Annual Ceremony is a witness to it all…

We have been going all gaga about Lady Gayá’s meat dress or Miley Cyrus’s sexy bear leotard. Camouflage cargo pants adorned by Avril Lavigne, Destiny’s Child and their numerous matching ensembles, the beautiful Pamela Anderson and her sequin pants, and Rihanna’s trench coat ball gown have been absolute stunners that have taken fashion and style to another level by inspiring the youth over the world!! The MTV VMA’s are considered to be the fashion trial house.. They could be missteps or a hit.. But nothing is boring out here!!

And What About The Stars of the Night?!!!

You are right.. Now is the time to share the list of the newly crowned winners. And the champs of the MTV VMA’s 2022 are:

VIDEO OF THE YEAR:

ARTIST OF THE YEAR:

ALBUM OF THE YEAR:

SONG OF THE YEAR:

Billie Eilish – “Happier Than Ever”

PUSH PERFORMANCE OF THE YEAR

Nicki Minaj ft. Lil Baby – “Do We Have A Problem?”

Måneskin – “I Wanna Be Your Slave” The ticket charges for the MTV VMA’s range from $45 to $100. The average ticket cost is around $60; the cheapest is the balcony seats, while the orchestra and reserved center seats range to nearly $250.

You better have your eyes on the award show tickets, or it’s good to have an experience of being at other VIP events, as you cannot go wrong with access to MTV VMA!

Want to stay updated with more about such news?!!