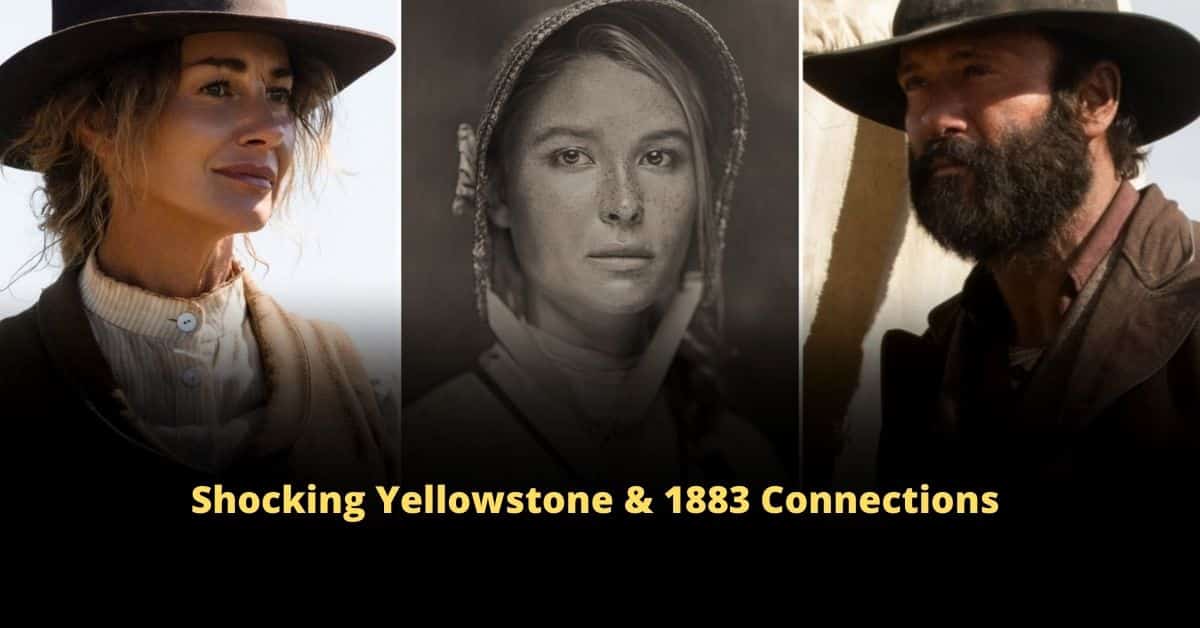 Paramount+ treated the fans with a journey to the land of dreams, desires, and heartbreaks with its 1883 series. Being the official prequel of Yellowstone, the series impressed the fans with its story and character.

However, there were a bunch of Yellowstone and 1883 connections that only the true fans noticed. So, with the sharp pain of Elsa Dutton’s death stabbing every fan, let’s look at some of the biggest Yellowstone connections made in 1883.

Biggest Yellowstone And 1883 Connections For The True Fans

The Yellowstone Ranch Was Built Around The Grave Of Elsa Dutton

As the audience was slowly moving towards the climax of 1883 season 1, Elsa’s destiny was turning crystal clear. The Yellowstone Ranch within Montana’s Paradise Valley was connected to Elsa’s destiny, i.e. death.

With Elsa’s death, new ways opened to the story and the Duttons connected to the surrounding native populations. Though it was tremendously heart-breaking to witness Elsa Dutton taking her last breath, it was important for the story to branch into new chapters.

Elsa Dutton’s Last Words Replicated To Those Of Beth Dutton

The sight of watching Elsa Dutton dying on the lap of her father, James was truly devastating for the fans. While Elsa’s last words appeared to add some salt to the bleeding wounds of the fans, they future-echoed with the words Beth Dutton delivered in Yellowstone season 4.

While Elsa was initially introduced in 1883 as the opposite character to that of Beth Dutton in Yellowstone, the fans were sure that the story would pull these two characters together.

But, sadly it’s not happening. However, both Elsa and Beth’s admiration for birds turned out to be one of the biggest Yellowstone and 1883 connections.

So, these are the most important Yellowstone and 1883 connections. Have we missed out on any? Tell us in the comment section.