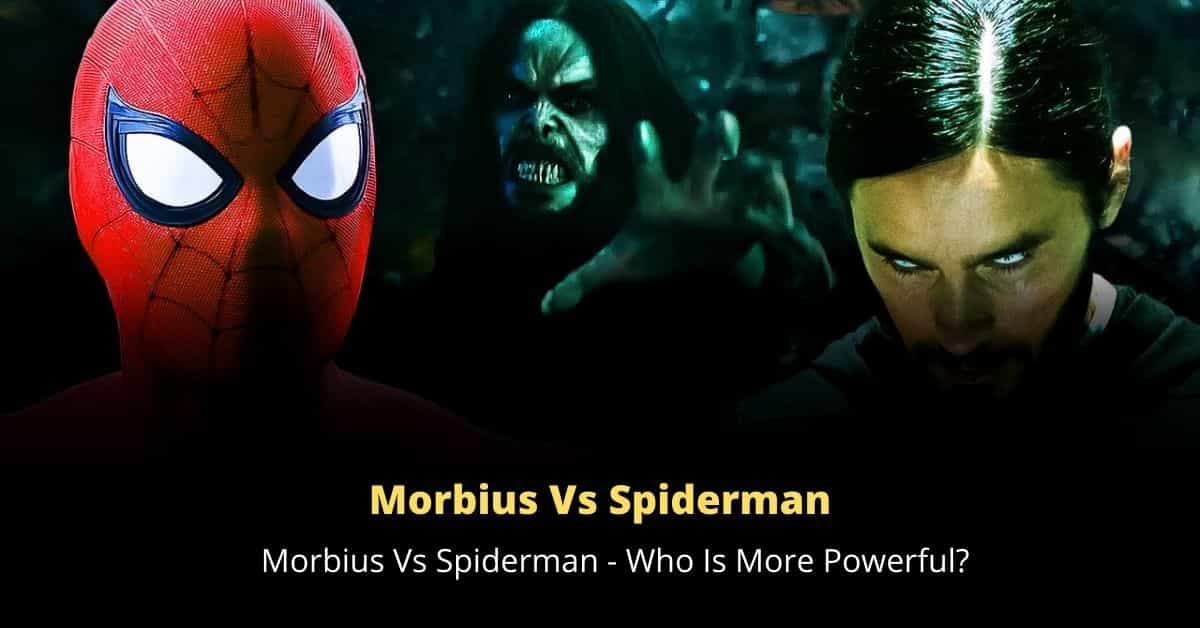 Both Morbius and Spiderman are two super-powerful characters. But what will be the result of Morbius vs Spiderman? Who will win? Read the complete article to know. The long-awaited comic book character, Morbius has finally debuted in Sony’s Universe of superheroes. Though the movie has failed to impress the audience, the introduction of Morbius may lead to something extraordinary in the future.

While the fans expected to witness a Morbius vs Spiderman face-off, it seems we will have to wait for it. However, if you are really close to the Marvel comics, you already know that Morbius and Spiderman are two of the greatest rivals. But who is more powerful and who will win in the Morbius vs Spiderman fight? Here is all we know.

Morbius Vs Spiderman – Who Will Win?

A fight between Spiderman and Morbius will be insanely deadly as well as entertaining. While Morbius is a newly introduced character in the cinematic world, in the comics he had multiple face-offs against Spiderman.

But, in the comics, both have wins against each other. So, who is the strongest? Here is all we know.

Both Morbius and Spiderman are insanely powerful as they own super-strength, incredible speed, and enhanced durability. However, some of their powers are pretty different.

Morbius’ powers resemble a vampire. He owns incredible fast reflexes, which will give him an upper hand against Spiderman.

Moreover, Morbius has his full potential unlocked at night. Similar to bats, Morbius has the ability to pass high-frequency waves to determine the location of objects at night. He also has a thermal vision which could be his trump card against Spiderman.

On the other hand, if we consider the case of Spiderman, he is a one-man army. One thing that can give him an upper hand against Morbius is his Spider senses. We have already seen how efficient “Peter Tingle” is and how it saved him multiple times.

Hands down! Morbius is far faster than Spiderman. His movements are simply unpredictable and it seems he is teleporting. However, Spiderman is no less. His Spider abilities allow him to watch the world in slow motion.

His Spidey senses help him to predict the next move of his opponent. This allows him to counter or resist the attacks. However, when it comes to raw strength, Morbius gets one point extra here.

So, who do you think will win in case we see Morbius vs Spiderman in the future? Tell us in the comment section.

1 thought on “Morbius Vs Spiderman – Who Is More Powerful?”