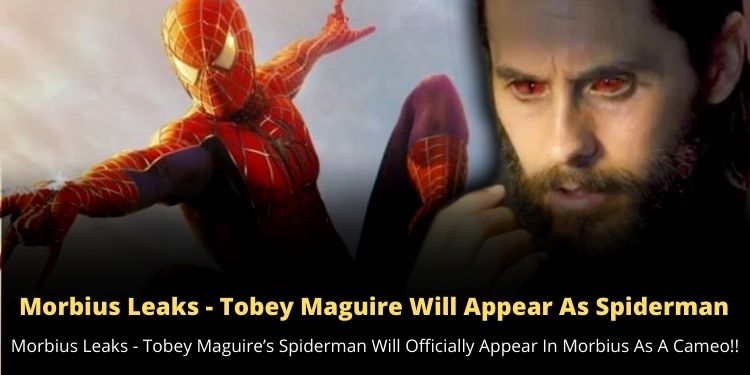 All Marvel fans, hold your seats tight as Sassyshows is here with some amazing Morbius leaks. So, here is everything you need to know.

After the insane success of Venom: Let There Be Carnage, Morbius has turned out to be one of the highly anticipated movies coming from Sony’s bucket. Though the movie was originally scheduled for an official release in July 2020, due to the booming entry of the new covid-19 variants, the creators had to delay it.

So, now the new release date of Morbius is scheduled for April 2022. However, with the creators pushing back the premiere of the much-awaited movie, the fans are storming social media platforms and Marvel forums with rumors and speculations.

Moreover, the entry of popular star Jared Leto into the Marvel world as Michael Morbius has lifted up the expectations of the fans. So, with so much buzz around the Internet on Morbius, Sassyshows has finally got its hands on some exclusive Morbius leaks. So, without any further ado, let’s jump into it.

After the grand entry of Tobey Maguire in MCU with Spiderman: No Way Home, the fans are literally craving to see him suit up again as the Spidy guy. So, finally, it seems Sony is planning to shock the fans once again.

As per our sources, Tobey Maguire will appear in Morbius in a cameo role of Spiderman. Though the leaks are not officially verified, our sources are 100% authentic. So, we can expect Tobey Maguire back as Spiderman in the upcoming Sony Entertainment project.

Apart from this, there are also some rumors floating around revealing that Tobey Maguire may appear in Marvel’s next movie, Doctor Strange in the Multiverse of Madness. So, it will be interesting to watch how Sony and Marvel join hands to capitalize on the immense popularity of Tobey Maguire’s Spiderman.

Follow us to stay tuned about all news on the Marvel world. Happy Watching!!