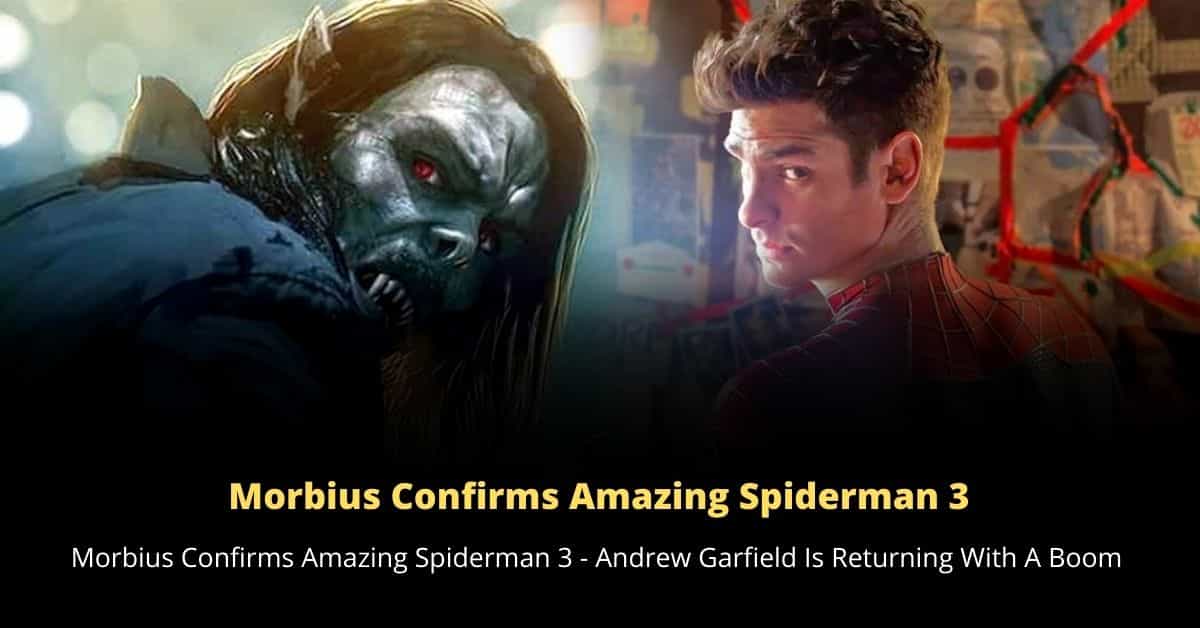 While Andrew Garfield reclaimed immense popularity as Spiderman, with his return in Spiderman: No Way Home, the fans were curious to get updates on the Amazing Spiderman 3. So, finally, it seems Sony has got a way to satisfy the demands of the fans.

Unlike the Marvel Universe, Sony’s Universe of superheroes and supervillains is a bit problematic. While the franchise has always suffered from the lack of compelling backstories, Sony’s new addition, Morbius, makes it worse.

Sony’s new anti-hero, Morbius has experienced a storm of negative reviews and has failed to impress the fans. However, as we know, every coin has two sides. Morbius too revealed something exclusive for the Andrew Garfield fans.

Also Read – What To Watch Before Doctor Strange 2 Release?

MCU is settled with Tom Holland as their Spidy guy. While there are fewer chances of Tobey Maguire returning as Spiderman, the fans were really eager to see Andrew Garfield’s Amazing Spiderman 3.

So, finally, it seems the Sony franchise has got its hands on its own Spiderman. As per the leaks coming out from the Morbius movie, Andrew Garfield will be diving in as Spiderman.

While the fan-favorite anti-hero Venom has ignited several questions about the universe it belongs to, Morbius has made things even more complicated.

Ya, you got it right, Morbius exists in the same universe as Venom. Therefore, it’s pretty clear that Sony has kept the character away from the MCU. While you may think that Sony is planning to make its own universe of villains portrayed as anti-heroes, you may be slightly wrong.

In the climax scenes of Morbius, we got the ultimate shock as we find Adrian Toomes aka the Vulture. So, with the Vulture being a prominent villain of Andrew Garfield’s Spiderman, there are several possibilities that Sony may drag him into the scene.

Moreover, the Vulture mentioned Spiderman and proposed to form a team with Morbius to counter the Spidy guy, hinting toward the possible formation of Sinister Six in the future.

So, things are getting heated up. What do you think will happen in the Amazing Spiderman 3? Tell us in the comment box.