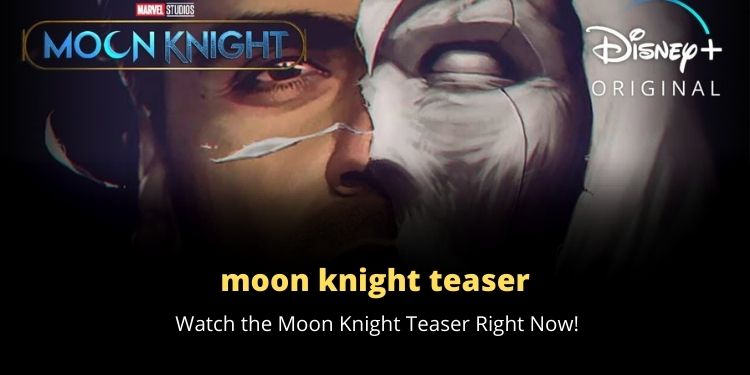 The Moon Knight Teaser also shows some explicit scenes of star Oscar Issac portraying the superhero Moon Knight. The teaser starts with a glimpse of Moon Knight in trouble and confusion.

The Moon Knight series has surprised the fans with a bang. Moon Knight Teaser and Trailer previously set it out to release in February, and the whole series was set out to release on 30th March, but either Disney or Marvel did not confirm this news. They are set to release the official trailer on 17th January.

The teaser has exceeded the expectations of the fans so far. Oscar has brilliantly performed the role, and fans love him as the Moon Knight. The Moon Knight teaser has shown the superhero going through some confusion and mental problems. Overall the 54-second teaser of Moon Knight looks compelling and promising.

Is Moon Knight a Hero / Villain

Fans also want to know Hawke’s role in the series. Both the actors have been quiet on the topics, which is not helping with fans’ imaginations. We don’t know for sure what role Moon Knight will perform, whether a hero or a villain and Hawke remains a mystery.

After seeing the glimpse of the trailer, there are lots of fans’ imaginations on who is the Dracula in the Moon Knight? It is unclear which part Hawke is playing, but rumors surround Hawke playing the Dracula part.

When is Moon Knight coming out?