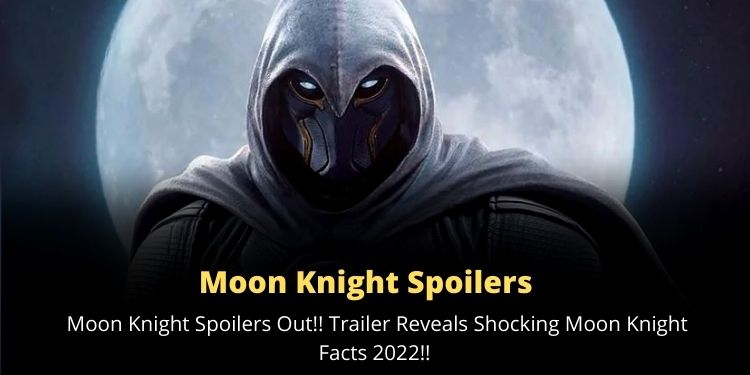 Finally, the much-anticipated Marvel series, Moon Knight trailer is revealed. So, with the arrival of the trailer, the doors to countless spoilers are also out. Here are all Moon Knight spoilers you need to know about.

Though the trailer has received an insane response from the viewers, racking up tons of views and likes within hours of its release, there are certain shocking points most viewers have overlooked in the trailer.

So, after deeply analyzing the trailer and reaching out to verified sources, Sassyshow has grabbed a bunch of Moon Knight spoilers that will amaze the fans. So, without any further ado, let’s jump into the details.

Moon Knight trailer reveals the entry of Oscar Issac into the MCU. He is introduced as Marc Spector, a mysterious superhero who is suffering from a dissociative identity disorder. However, if we consider the comics, it reveals that Spector got all his magical abilities from Khonshu, the Egyptian moon god.

However, one thing that may confuse the viewers is though Oscar is introduced as Moon Knight aka Spector, why was he called Steven Grant at the start of the trailer? Well, the name Steven hails from the comic books. Steven Grant is one of the identities of Marc. Steven is introduced as a businessman. However, it seems that Marvel has slightly changed the character.

Moon Knight introduces a mysterious Egyptian God, Khonshu who instills incredible powers into a common man, suffering from certain mental disorders. However, Moon Knight himself appears to be a dark character. So, who will be the villain of the series? Here is everything we know so far.

As per the official Moon Knight spoilers, the upcoming hero will have a face-off with the deadly Dracula. The gigantic vampire who made a special appearance in the show of Marvel Studios,  interpreted by none other than Ethan Hawke.

Though the trailer does not reveal any sneak peeks of the villain, as per our Moon Knight spoilers, the plot will ultimately introduce a version of Dracula. Initially, the series will deal with the mental instability of Oscar’s character. However, ultimately it will deliver the biggest shock of our lives, introducing the Vampire’s character.

Moon Knight Release Date – When Will The New Series Drop?

As per the official trailer of Moon Knight, the series is all set to drop on March 30, 2022. So, all Marvel fans gear up and grab your Disney+ memberships to jump into a new world of darkness and thrill.

So, what do you think about the upcoming series, Moon Knight? Share your views in the comment section.

Follow us for more interesting updates. Bookmark our page as we will keep on adding hot Moon Knight spoilers in the future.