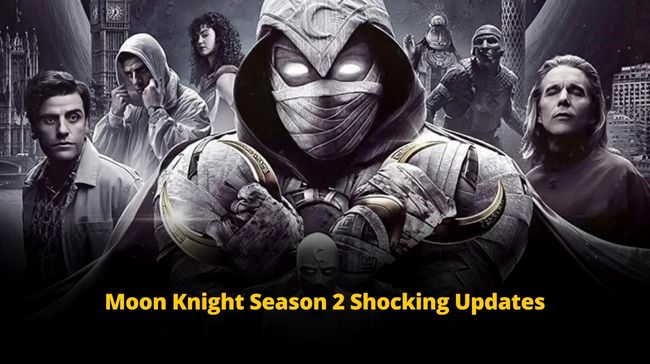 As we all know, the Moon Knight Season 2 is very much awaited, and the fans can’t wait enough to get their hands on it. Season 1 proved a success as the beloved Moon Knight has not failed to rule the people’s hearts.

In season 1, Marc Spector, a mercenary, trades his life with the Khonsu, the Egyptian God of Moon, at the moment when he is about to lose his soul.

In the exchange, Khonsu saved his life and asked to be his avatar and to perform tasks that were given to him. Marc agreed, and the series of our Moon Knight started.

Why is everyone so excited about Moon Knight season 2?

Marc Spector’s main task was to stop Arthur from discovering the hidden artifact of Ammit. In this task, along with Marc, was Stephen, a split personality later found by Marc when her wife Layla was trying to contact him.

The pack trio and Khonsu set out to stop Arthur and his evil intentions. However, in the end, the artifact of Ammit was discovered, and Ammit was brought back to life. Khonsu, along with his avatar Moon Knight, fights the Ammit.

The whole scenario was worth watching as Marvel has beautifully portrayed the fight among Gods. Ammit was finally brought down at the climax, and the world was saved.

In the post-credit scenes, it was revealed that apart from Marc and Stephen, the new personality Jake Lockley has also been introduced as a companion of Khonsu.  Fans were quite excited after reading the same.

News of Marvel Moon Knight Season 2 turns out to be fake! Yesterday a tweet was posted on Twitter stating the information about the Moon Knight Season 2. In the tweet, it was published that season 2, “Moon Knight: The Midnight Mission,” will be the name of the series, and it will consist of 12 episodes. Oscar Isaac will return with the new producer, and the shooting will soon begin later in Budapest.

Generally, Marvel follows the six episodes style, but it is stated that there will be 12 episodes. However, the source of this was not confirmed, and later it turned out to be a fake. Fans were quite disappointed as they were very anxious about the upcoming series.

Marvel has never failed to amaze their fans, and they have proved this from time to time.

Marvel Moon Knight Season 2 will come, and it will never fail to amaze us. Keep an eye on the MCU updates, and don’t forget to follow us. Any don’t forget to comment below what you think about this news!

Read More – Why Is The Moon Knight Costume Always White?