After the first five breath-taking episodes of Disney+ series Moon Knight, we can’t even imagine that Moon Knight episode 6 will be simple. Marvel will definitely add a pinch of shocking twists centering on the major character Arthur Harrow.

The fact that she’s meant to be imprisoned in the last and very important evidence that Arthur’s Ammit connection doesn’t truly make sense.

Because it is established in Moon Knight episode 3 that Khonshu cannot have an avatar while imprisoned, it is perplexing that Arthur Harrow retains his Moon Knight powers despite Ammit’s desire for release. Even though Ammit’s abilities appear to be trapped in Arthur’s case, it’s strange that they can be accessible at all.

While there’s already a lot to say about how Arthur Harrow varies from his comic book counterpart, who was an Auschwitz-connected scientist in the Mexican jungle, the distinctions might get much more pronounced. Arthur Harrow is Marc Spector’s predecessor as Khonshu’s avatar in Moon Knight.

Harrow fled Khonshu because he disagreed with his concept of justice and preferred Ammit’s idea of punishing future evildoers before committing any offense. However, there are several inconsistencies in Harrow’s Ammit link.

So, what will the Moon Knight episode 6 bring? Here is a crazy theory about the finale’s twist.

Moon Knight Episode 6: Arthur is Anubis, according to a theory

It’s worth noting that the evidence points to Harrow being Anubis himself rather than Anubis’ avatar. Unlike the other avatars, Arthur Harrow is summoned during the Ennead assembly in Moon Knight episode 3 and is never called by any god’s name.

This may still be true regarding his alleged past as Khonshu’s avatar. Khonshu’s past Moon Knight expulsion was linked to Anubis and Ammit’s insurrection, according to a Reddit idea. 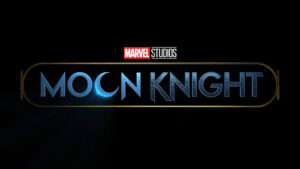 Khonshu left Anubis and opted to fight against his cause, but in a final attempt to save his now-dead comrade, Khonshu transformed Harrow/Anubis into his avatar. Anger arose between them as Anubis disagreed with Khonshu’s interpretation of justice.

Given that none of the gods recognized Anubis during the Ennead assembly, he most likely became mortal by circumstances unknown to them. It’s strange, though, that the gods haven’t noticed Harrow’s soul-judging abilities.

However, this may be another of Anubis’ ruses. Harrow appears to the Ennead as nothing more than Khonshu’s old incarnation, and the Ennead never queries why he’s doing actions Taweret later calls “evil.” Moon Knight episode 5 depicts souls that die before their time go straight to the Duat for eternal punishment, proving Thanos’ Infinity War Snap is worse than it appears.

Taweret is a fertility and motherhood goddess whose afterlife mission was to protect souls going through the Duat. While she plays this duty for Marc and Steven in Moon Knight episode 5, she also plays Anubis’ role by weighing their hearts on the Scales of Justice.

Her flashcards and her pleasantly delighted reaction to successfully extracting Marc and Steven’s hearts are both indicators that she isn’t well-versed in the position.

Even if her lack of expertise is because the Duat is only one of several afterlife planes, and hence souls do not always journey through the Duat, she is still filling a function that has been given to someone else.

The possibility that Anubis is no longer permitted in the Duat to fulfill his part makes Moon Knight’s Taweret error forgivable. Given that Ammit is no longer functioning as the Devourer of the Dead due to her captivity, it makes it logical for Anubis to be somewhere else completely.

So, what do you expect from Moon Knight episode 6? Tell us in the comment box. Happy watching!!