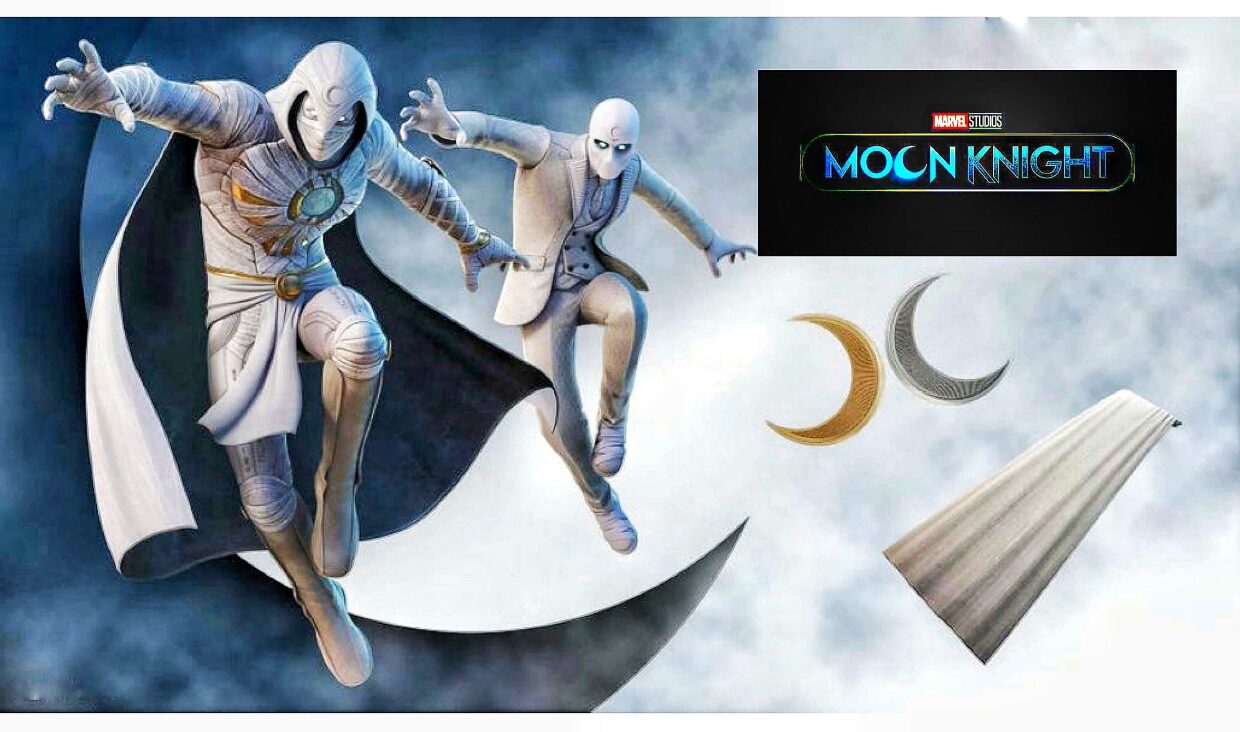 With episode 5 playing with the emotions of both the Moon Knight characters and viewers, the latest installment has simply left them stunned. While in Moon knight episode 5, we saw Marc moving towards the world of living alone, the sixth episode has much more to offer. Curious about what happened in the climax scene of Moon Knight episode 6? Here is the Moon Knight Episode 6 ending explained.

The final episode of Moon Knight kick starts with the evil Arthur Harrow’s men dragging out Marc’s body from the pool. While he is keen to unleash the powers of Ammit, activating the ushabti.

Meanwhile, Layla sneaks the complete scene from the sidelines. Then we see Arthur Harrow leaving the scarab on Marc’s body while he walks out of the place with his men. However, Layla reaches Marc and here we see the emotional attachment between the characters. But upon finding that Marc is dead, Layla notices the scarab on his body.

Meanwhile, Layla manages to join Arthur’s team of cult leaders in disguise. As they move towards a checkpoint and the Egyptian security stop Arthur Harrow, once again the villain capitalizes on the powers of Ammit to turn the place into a pool of dead bodies.

Meanwhile, Layla approaches Arthur Harrow with a knife. However, Taweret, the Goddess of Childbirth and Fertility interrupts her and conveys Marc’s message through a guard’s dead body.

Then we find Arthur Harrow approaching the council area of the Gods, inside the pyramids, the place where Khonshu was trapped. While God’s avatars sense the danger coming in and try to interrupt Arthur, he kills all other avatars. Meanwhile, Layla frees Khonshu, and considering the absence of Marc in the living world, the Egyptian God offers Layla to be his avatar. However, Layla denies it.

On the other side of the world, Taweret congratulates Marc for reaching the Fields of Reeds. However, Marc is still dealing with his emotional strains as he lost Steven. So, he finally decides to return to his alternate personality. While Taweret tries to bar her, he walks into the desert to Steven.

Here the episode brings an emotional setting as Marc conveys how important Steven is in his life. But, Marc too slowly turns into a sand statue. Just before he turns to sand, the Gates of Osiris unlock, and both Steven and Marc get back to life.

Suddenly the scene shifts to the pyramid where Ammit is released, and he has chosen Arthur Harrow as his avatar. However, Khonshu is also back, and he is all set to stop Ammit. While Ammit easily overpowers Khonshu, Marc returns to life.

Outside the pyramid, Khonshu makes a deal with Mr. Knight (Steven’s superhero character), that if he will help Khonshu stop Ammit, the Egyptian God will free him.

Next, the duo proceeds to Cairo to stop Arthur Harrow and Ammit. But on the other hand, we got a new avatar, Layla. Smelling the deepest danger coming in, Layla decides to be the temporary avatar of Taweret. She gets a new cool suit with a bunch of superpowers.

Meanwhile, Arthur Harrow executes his plans by enacting the judgment of souls all around. With Ammit consuming a number of souls, the God grows substantially in size. All of a sudden, Moon Knight arrives to stop Khonshu.

Arthur Harrow with all the powers from Ammit easily overshadows Moon Knight. But, here stepped in the rescuer, Layla with her new powers. The two then fight Arthur and his men, while on the other hand, Khonshu battles Ammit.

Marvel has delivered the ultimate treat to the fans with jaw-dropping action. The fight continues with Marc’s character quickly shifting his identity. The incredible transitions of Moon Knight to Mr. Knight are definitely a treat.

Though the duo initially dominated, finally Arthur Harrow manages to overpower them and stabs Moon Knight to drain his lifeforce, and boom!!!

All of a sudden Marc blacks out and then we see Arthur Harrow unconscious and all his men are defeated. However, when Layla asked Marc about what he did, Marc was speechless. So, who defeated Ammit’s new avatar, Arthur Harrow? Here comes Marc’s third personality, Jake Lockley.

The pair then reaches the temple with Arthur Harrow and summons the powers of the Gods to trap Ammit in Arthur’s body. Meanwhile, Khonshu arrives and orders Marc to kill Arthur, which the latter denies. However, Marc asks Khonshu to free him.

‘Suddenly a ray of light blinds us and boom, we are back in the mental hospital. While we see Marc talking with Arthur Harrow’s new doctor version, the blood-filled footsteps of the latter bring another shock. Next, Marc and Steven decide to go back to the real world and we see the duo on Marc’s bed.

It seems Layla and Marc have finally defeated Arthur Harrow and Ammit. At the same time, disobeying Khonshu’s instructions, Marc believes he has freed himself. But the reality is different as the Egyptian God is simply playing with the mental health of Marc Spector.

In the end-credit scene, finally, after a lot of waits, we see Marc’s third persona, Jake Lockley. The credit scene starts with Arthur Harrow resting in a health facility. However, a stranger drags him to a car, where we find Khonshu in a cool suit. Here Khonshu makes the shocking revelation that though Marc has rejected the offer of Khonshu to be his avatar, Marc is pretty unaware of his current mental state.

With Khonshu revealing the truth, we get the ultimate shock of Moon Knight episode 6. He introduces Jake Lockley, who shoots Arthur Harrow at the end.

So, here is Moon Knight Episode 6 ending explained. What do you think will there be season 2 of Moon Knight? Tell us in the comment box.