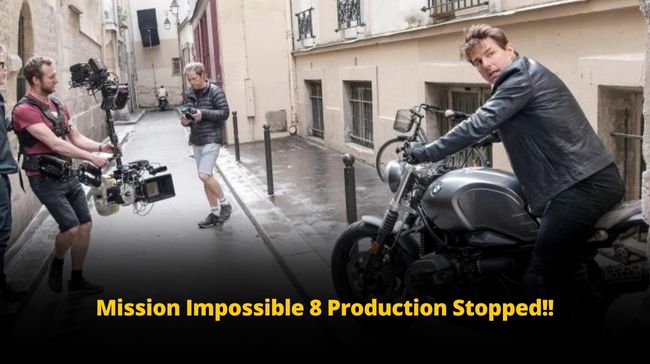 Mission Impossible is one of the famous movie franchises which has never failed to amaze its fans with its stories and stunts.

The movie’s lead actor is Tom Cruise, an agent of IMF whose primary purpose is to stop the disasters happening worldwide. Ethan Hunt (Tom Cruise) has never failed in his single mission.

No matter the enemy’s strength, he will always give his 100% and stop them at any cause. The Mission Impossible franchise is 26 years old, and each of its films has shown us something we would have never imagined.

Finally, the Mission Impossible team has announced that the role of Ethan Hunt will end soon with its eighth chapter.

Fans were quite amazed and sad as they finally got to see the action of Tom Cruise in Mission Impossible on the big screen after a long time and on the other hand, they will never be able to see more of Mission Impossible after this.

Something unusual happened at the production of Mission Impossible 8

In recent news, the MI team announced that the production of Mission Impossible 8 was a halt.

On further reading, we found that the reason was sheep! That’s correct, and you heard it right.

A flock of sheep suddenly came out of nowhere, and the shooting had to stop. There was a picture attached where we could see that the director and Tom Cruise were standing aside and letting the flock pass.

Though it was not the first time the movie production had stopped, compared to other reasons, this seemed quite funny. Previously, due to Covid 19, the movie has experienced a halt in shooting, and there are several times when the film has undergone discontinuous shooting for some reason. But the flock of sheep stole the show among all.

Tom Cruise is one of the famous actors in Hollywood and has consistently delivered up the mark.

Recently in the sequel of Top Gun, he has shown that no matter his age, nothing can stop him. Even at the age of 60 years, nothing has prevented him from achieving his goals.

Even in Mission Impossible, he has performed dangerous stunts like jumping from a plane, hanging around Burj Khalifa, and many more. This shows the determination of Tom Cruise toward his path.

Read More – What Happened To The Incredible Mission Impossible Actors?