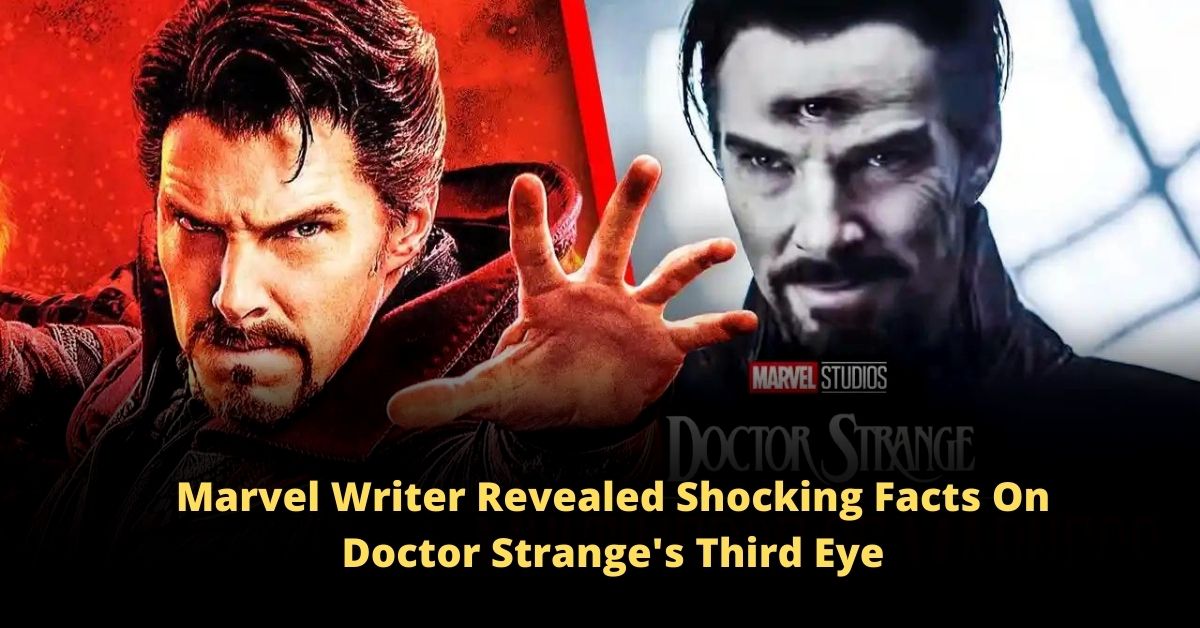 While the fans were thrilled to witness MCU Dr. Strange unleashing this third eye, Marvel’s writer unveiled the real mystery. So, what’s the matter with Doctor Strange third eye? Sassyshows is here with the complete news.

With the premiere of Doctor Strange in the Multiverse of Madness, moviegoers worldwide are getting a taste of some of the most frightening sequences in any MCU film ever created.

The inclusion of the Illuminati and a darker Doctor Strange with a third eye on his forehead has been a heavy emphasis on supernatural aspects across the MCU.

Sinister Strange gained his own Third Eye on his forehead during his stay with the Book of the Damned, which was exposed in the film’s concluding scenes.

The last sequence of Doctor Strange, in which Strange gets a third eye inserted in his forehead, was discussed by writer Michael Waldron.

Regarding the film’s joyful finale, writer-director Waldron told Rolling Stone that it “had an unexpected happy ending,” which was more shocking than expected for a movie with so much bad stuff.

Read More – This Shocking Doctor Strange 2 Theory Reveals Why Vision Did Not Appear In The Movie!!

What Does Strange’s Future Hold?

At the film’s climax, Doctor Strange, one of Marvel Comics’ most bizarre characters, receives a miraculous new eyeball growing from his forehead. In this sequel, named Multiverse of Madness, Dr. Strange used his darkest magics in the Darkhold to prevent the Multiverse from collapsing.

Fans are eager to see how Doctor Strange Third Eye will influence his path in future sequels and Avengers-style team-up films.

Doctor Strange’s return to the Dark Dimension will offer him an even greater feeling of power and vision as he collaborates for the first time with Clea, his wife from the Doctor Strange comics.

On a personal level, he will confront a new task in battling the relentless evil inside him while yet wanting to do what is best for the planet and the Multiverse.

Will There Be Doctor Strange 3?

Well, there will surely be the third installment of Doctor Strange. Doctor Strange 3 might debut in the upcoming years as Stephen Strange’s chapter is not closed yet.

However, the MCU has a lot of other projects to finish first, including the Fantastic Four and Blade reboots, as well as Captain America 4 and Deadpool 3. If Stephen Strange wants another solo feature, he’ll have to wait in line, but he’s never been one to shy away from a little deception.

So, hope you got a brief on Doctor Strange third eye and what the future holds for him. Follow us for more interesting articles.