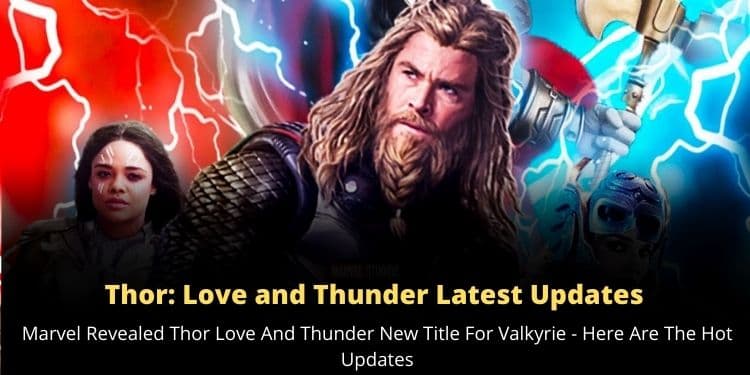 The fans are craving for some updates on Thor Love and Thunder. So, here is everything we know so far.

A recently launched Marvel collection from LEGO has turned the spotlights on the title Tessa Thompson’s Valkyrie will come up with in Thor Love and Thunder.

Recently LEGO has launched its new Marvel Collection that reveals some amazing updates on Thor: Love and Thunder.

As per the latest LEGO collection, Tessa Thompson’s Valkyrie will step into the mantle as the King of Asgard in the upcoming Marvel venture, Thor: Love and Thunder. So, he will be the new King of Asgard as per the leaks.

The new Marvel merchandise is simply awesome. It includes a wide range of characters as LEGO sets inspired by the upcoming movie. The Marvel collection includes a mini-figure with the name, “King Valkyrie.”

Apart from it, the latest Marvel collection also consists of mind-boggling mini-figures of the fan-favorite characters as Korg, Thor, Mighty Thor, and Gorr the God Butcher.

So, if you are a Marvel and LEGO fan, you can grab the set that is priced at $49.99 and will be available on all LEGO shops from April 26.

Valkyrie is going to step into MCU as the first LGBTQ hero. During the film’s panel, the star playing the character said, “As new King, she needs to find her new queen, so that’ll be her first order of business, she has some ideas. I will keep you posted.”

As of now, we don’t have any updates on the romantic relationships of Valkyrie in Thor Love and Thunder. However, we will keep you updated in the future. So, make sure to stay tuned.