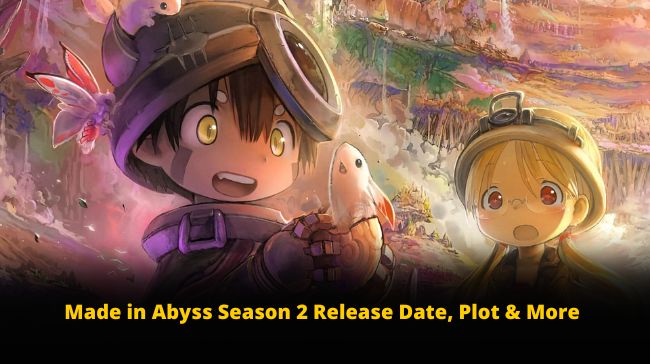 Made in Abyss may appear to be a cute, family-friendly adventure, but it is much darker than it appears.

The show’s first season completely captivated viewers with its terrifying thrills and heartbreaking scenes. The show’s second season has unfortunately taken a while to arrive, but that is now about to change for the better. So, what is the Made in Abyss season 2 release date? Here is everything we know so far.

This summer, Made in Abyss will return for a new season, picking up the plot where the previous season and the movie left off.

The Story of Made in Abyss (So Far)

The story centers on a girl named Riko who becomes friends with a robot boy she names Reg. Their world is centered around a mystical abyss (hence the name), where many people have traveled in search of the history and artifacts it may hold.

Unfortunately, getting it is dangerous, and returning is essentially impossible. Nevertheless, Riko wants to accompany Reg into the abyss as her mother did. The first three volumes of the manga have been adapted into the anime thus far, which is a respectable number given that there are only 10 volumes total.

The film, Dawn of the Deep Soul, was released after the first season of Made in Abyss. It was essential viewing before Season 2 because it carried on the anime’s plot, unlike the two compilation films that came before it. In light of the first season’s success, Made in Abyss Season 2 will probably adapt Manga Volumes 4, 5, and 6 into its own series.

Kinema Citrus, who also worked on shows like Barakamon and The Rising of the Shield Hero, is the show’s producer.

Made In Abyss Season 2 Trailer

Much of Made in Abyss Season 2’s plot is revealed in the recently released trailer. This season picks up where the film left off under the title Made in Abyss: The Golden City of the Scorching Sun. Reg, Riko, and the rest of the Ganja band of outcasts will explore the perils of attempting to establish a village of sorts within their new environment as they venture deeper into the abyss.

However, as the trailer demonstrates, the threats are greater than ever, not just in the form of the enormous monsters in their immediate vicinity.

Party members become ill and worn out, and some even start to resemble animals rather than people (or vice versa). The maternal Vuelo, who is much more than just the group’s mother hen, is one of the new characters.

They learn more about the truth of the abyss and Reg’s beginnings as they struggle to survive in their new environment. The decision to stay becomes even more difficult when these secrets affect those trying to return to the surface.

Made in Abyss Season 2 Release Date

Fans can finally stop waiting as Made in Abyss: The Golden City of the Scorching Sun is just around the corner. On July 6, the second season is scheduled to premiere, but unlike the first, there will be a different format for release.

Both HIDIVE, which also hosts all three of the series’ movies, and Amazon Prime Video offer access to Made in Abyss’s first season for streaming.

However, the Golden City of the Scorching Sun will only be accessible via HI DIVE, where it will be simulcast as part of the summer schedule for the service.

Although the length of this season is still unknown, the main cast from the first season will be back. Before the show’s continuation starts next month, this is the ideal time to catch up and take a trip into the depths.

So fans, now that you know the Made in Abyss season 2 release date, are you excited about it? Tell us in the comment box…