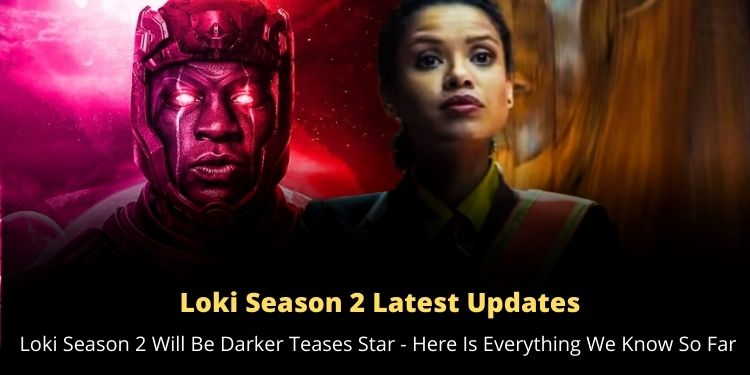 After the cliffhanger of what would happen after Sylvie killed Kang the Conqueror? Did she ring the bell of war or something even threatening is coming on Loki’s way? The fans are curious to explore deeper into the story.

So, finally, Marvel is gearing up to weave another amazing season of Loki. As per the leaks, Loki Season 2 will kick start its filming work in the summer in the UK.

With the fans loading up rumors and theories on social media, popular star Gugu Mbatha – Raw has passed some sizzling hot updates on the new season of Loki. So, here is everything we know.

While the fans are simply going crazy to get sneak peeks of Loki Season 2, famous star, Gugu Mbatha – Raw has come up with something explosive for the fans. The star revealed that the upcoming season of Loki will be 2x darker and grander.

Gugu Mbatha – Raw will be back as the fan-favorite character, Ravonna Renslayer in Loki Season 2. So, she has been in the limelight as media and fans are constantly trying to squeeze out some Loki Season 2 leaks from the actress.

In a recent interview, Gugu Mbatha – Raw revealed something interesting about the new season. Though she did not mention much about the new chapter, she said, Loki Season 2 will be “darker” and “deeper” than the first chapter.

She quoted, “Oh, my god. You know I can’t say anything about Loki. The Marvel police will come along and just take me away. But no, I am excited that it’s really happening, and I really love my character. I think she is unexpected and pretty complex. And so, I am excited to go to some deeper, darker places with her as well.”

So, with the star’s words it’s pretty clear that Loki Season 2 will be even more darker and deeper. Moreover, we can expect some really breath-taking multiversal elements dropping in the new season.

Fingers crossed and let’s hope the Marvel creators come up with something binge-worthy and super entertaining.