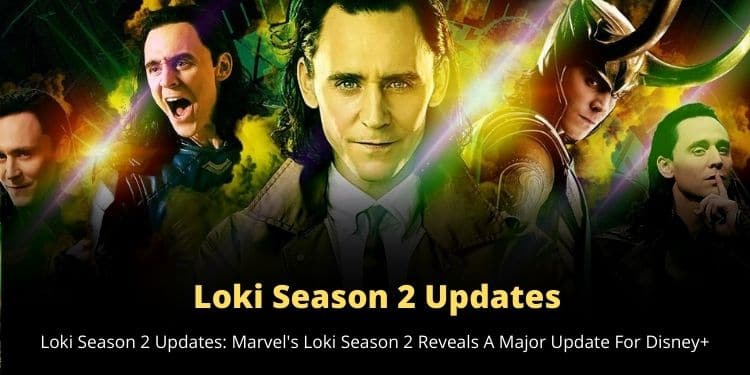 Sassyshows is here with some amazing Loki Season 2 updates. So, here is everything you need to know.

Loki season 2 has hired directors Justin Benson and Aaron Moorhead, who worked on Moon Knight. These two, known for their kaleidoscopic sci-fi indies The Endless and Synchronic, will be joining the Marvel family for the foreseeable future.

According to Loki Season 2 updates from Deadline, with the majority of the six episodes being dubbed ‘ACTION!’

Tom Hiddleston reprises the character that made him famous, while Michael Waldron, the showrunner from Loki’s first season, executive produces and Eric Martin writes.

Mobius actor Own Wilson has indicated that he will return for the second season following the events of the first season around the Time Variance Authority, however, his interaction with Hiddleston’s Loki will be fascinating given that he no longer knows who he is.

Gugu Mbatha-Raw, meanwhile, has confirmed her return as judge Ravonna Renslayer, who was last seen fleeing the TVA after learning that it was being ruled by outside forces.

On Good Morning America earlier this month, she expressed her enthusiasm for season two, saying: “Renslayer is one of my favorite games. I’m really interested to learn more about her, and I’m thrilled that fans are looking forward to the next season.”

Returning to Moon Knight, which stars Oscar Isaac as a sleepless superhero with the abilities of an Egyptian lunar deity, the actor recently revealed why he’s delighted the narrative is being presented on screen.

“There were a lot of leeways to test new things since we weren’t under any obligation to produce hundreds of millions of dollars on opening weekend.

As a result, we may make it more subjective “he stated “We could make some strange choices. At the moment, at least – and I don’t see it moving backward – it appears that more risk is being taken there because it can pay off financially.”