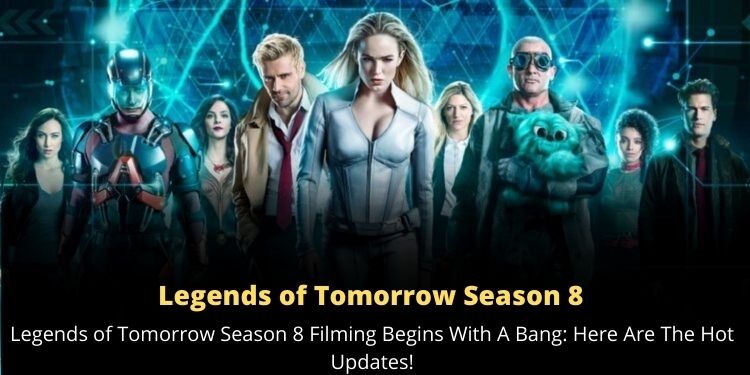 Legends of Tomorrow Season 8 filming has kick-started with a boom. So, when is the new chapter dropping on our screens? Here is everything we know.

Legends of Tomorrow Season 7 has come to a close after a frenzy of villains (with one notable exception) as the Legends tried to return to the current day. Their efforts resulted in the destruction of Evil Gideon and the restoration of the Waverider, reuniting the gang with their former ship.

Following Booster Gold’s escapade, the Legends were incarcerated by a mysterious organization for crimes against time, which set the stage for Season 8.

The Legends of Tomorrow have been ungoverned since the Heyworld incident in Season 4 and the disintegration of the Time Bureau. They must, however, follow the inherent rules of time and bear the consequences of whatever changes they make. When the crew attempted to prevent the assassination of Archduke Franz Ferdinand but were prevented by Eobard Thawne, these realities became evident.

Also Read- Outlander Season 6: Why is Jamie in prison in season 6?

The Time Wraiths, temporal entities that hunt down and execute any speedsters who abuse time travel, were revealed to be his employers. The Wraiths have operatives stationed at set spots with a time stopper to guarantee that events follow the timeline’s blueprint. The next time audiences saw one of these “Fixers” was in the Season 7 finale.

Sara devised a scheme to contact the Fixer and persuade them to save Alun and Gwyn. He used the Waverider for a joyride, only to be apprehended by his bosses, who then used him to arrest the rest of the Legends of Tomorrow for time crimes. While there is no name or master for this organization, it is possible that the Time Wraiths have created and run a fresh new temporal regulating group comparable to the Time Masters and Time Bureau.

They dispatched operatives to certain moments in time to ensure that no time traveler, speedy or otherwise, could prevent the event from occurring. It makes sense for Booster to disclose that the Legends had been jailed for time crimes; the Legends have messed with time a little too much throughout their years of service.