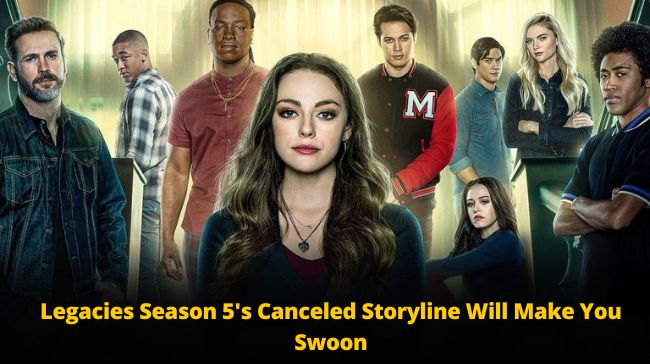 How have you been? We know you’ll be having work, routine, and whatnot? So amidst your busy life, shall we give you some spicy news about Legacies Season 5, so we can make your dull day a bit brighter?

So let’s have a glimpse of Legacies

Legacies is an American fantasy drama television series created by Julie Plec, which premiered on The CW on October 25, 2018.

It’s a kind of spin-off of The Originals and features characters from that series and its predecessor, The Vampire Diaries. The 17-year-old Hope Mikaelson continues the role she originated in the fifth and final season of The Originals.

In fact, in May 2022, it was also announced that the fourth season would be its last season!

But let’s get going if you want to read about the canceled story plans for Legacies Season 5!

Ah, as everyone knows, Legacies was canceled after Season 4; that doesn’t mean there are plans for Legacies Season 5 just wasn’t there!

After what, the TVD Universe Creator and Julie Plec told me there were concrete ideas for the Legacies Season 5, and that’s making.

We were shocked to read that they were also going to introduce a few extended waited characters in the Vampire Diaries universe!!

When Jed and Ben were free absolutely from the curses and struck out together, it looked like it was over. How about Legacies Season 5 could show us their impeccable powers, and later they realize these were not the curses, but the gifts!

Yes, we noticed hints of her new powers of prophecy as an Oracle that would have a more significant part to play! OMG, didn’t you see how their future ended in tragedy?

Did you know Legacies Season 5 would have introduced Elena and Damon’s child? Imagine the most significant change would have been the introduction of Stephanie Salvatore, the oh-so-daughter of The Vampire Diaries Elena and Damon in the Legacies Season 5.

Plec also revealed that another Vampire Diaries Spinoff is in development after Legacies, and it would be stemming directly from the recently canceled show—Now, what should we assume?

So, what do you have to say about Legacies Season 5 canceled story plans? Are you excited? Or not? This was expected? Or unexpected? Stay tuned because we’ll be right back!