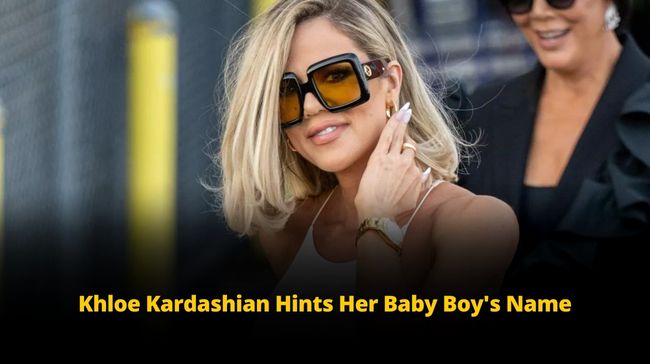 Hope you’re doing and having a sassy time. Had a boring day at work? Just getting bored for no reason? Chillax, we are here for you to make your day a good one.. ah, but how? By giving you this trending update about Khloe Kardashian, which we are sure you won’t be aware of!

For the ones who don’t know, did Khloe Kardashian give birth to a son?

Khloe Kardashian has never seen footage of the birth of her baby boy with Tristan Thompson and shares that now that her son is here, she gets to move on and enjoy. Ah, she said so on the Season 2 premiere of “The Kardashians”, and we love it. Are you, too?

Did you know the hot mommy Khloe Kardashian is just 38 years old?

Although, she was looking stunning as ever on the Hulu reality show. The baby boy is her second child.

Previously, they had a daughter who was four years old! Did you know she wasn’t ready for the second child? But her sister Kim assured her, saying, “You’re never ready, but you’re ready!”.

Also, when Khloe Kardashian’s baby was born, what did she say?

She just said he looks so much like True—isn’t that so amazing and sweet? Our hearts are already melting, sharing, and writing this.

The gorgeous mother wasn’t having a great time since December as she was in depression. And now, as her son is here, she’s the happiest one. Also, this baby is through surrogacy, if not many people are aware!

Although they haven’t disclosed the name yet, they have revealed the name is going to be from the letter “T” as the father’s name is from “T”, too. Isn’t that just so cute? We are so happy for you, Hope Kardashian, as you expand your family!

Since the time this news came, people have been doing gaga. They can’t wait to hear what the baby’s name is going to be. Although, we are having so many speculations about what names could be from the letter “T”.

But let’s have patience and wait for Khloe Kardashian herself to share the baby’s name with us!

Congratulations to the cutest and hottest couple. We wish you so much love and light. Why not comment below on what name could be Khloe’s son? Don’t forget to follow us; we’ll be back soon with a bang!